IIP data stands at 8-month high, but the road ahead is full of challenges 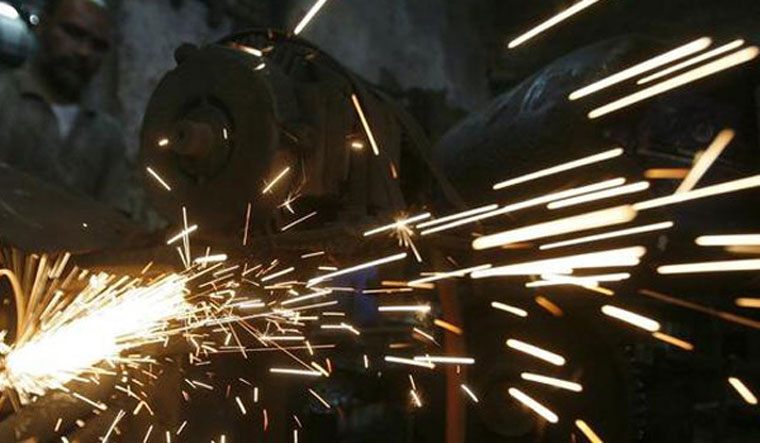 Though it is something to cheer about as the Index of Industrial Production (IIP) stood at an 8-month high, challenges do remain ahead. One of the most worrying aspects has been that the consumer goods growth remains weak indicating sluggish private consumption due to the rising prices. Experts believe that IIP growth has been somewhat erratic and hence it needs to remain constant over a period of time in order to indicate stability in industrial numbers.

“A 7.1 per cent IIP growth in Apr 2022 was strongly supported by low base during the severe Covid-19 second wave. However, the sequential decline reflects the weakness in numbers. The strength witnessed in early high frequency indicators such as manufacturing PMI, GST collection etc. is not yet translating into industrial production. Categorically, except for electricity, industrial production broadly remained lacklustre in April 2022. Sequential decline in capital goods, which is a proxy for investments is worrisome. Also, persisting contraction in consumer durables adds to concerns of weakening consumption growth amidst rising prices, which needs policy attention,” pointed out Vivek Rathi, Director-Research Knight Frank India.

Experts point out that on a sequential basis, industrial production recorded a decline of 9.2 per cent, with a contraction of 8.8 per cent in manufacturing output and 19.7 per cent contraction in mining output, the data showed. The (IIP) had grown 2.2 per cent in March 2022. Compared with pre-Covid levels of April 2019, industrial output recorded a growth of 6.8 per cent and compared with February 2020 level, it grew by just 0.7 per cent. However, the year-on-year growth in the IIP is projected to rise further and report much better improved numbers.

Experts do point out that the steep growth on a year-on-year basis is mainly due to a lower base during the Covid-induced lockdown. Challenges with regard to the socio-economic impact due to the Russia-Ukraine war and the supply chain pressures may lead to an increase in prices and can affect industrial growth in the near future.

“The industrial growth has grown on an MoM (month-on-month) as well as a YoY basis. The steep growth on a YoY basis is due to a lower base of the previous year when large parts of the country were under a lockdown due to the second wave of the pandemic. Though there has been an uptick in the industrial growth, it has been very erratic. It needs sustained growth over a long period of time for policymakers to take note of it. The next key data to watch for will be the CPI data due to be released next week. A stable industrial growth, inflation within RBI's tolerance range, and a good monsoon year will impact the central bank's decision on interest rates and liquidity,” observed Nish Bhatt, Founder and CEO, Millwood Kane International an investment consulting firm.

Going ahead, there are broad macro-economic challenges which will continue to affect the overall IIP numbers. Amid persistent inflation, the central bank continued with monetary policy tightening as it hiked repo rate by 50 bps to 4.9 percent.  “European central banks decided to end net asset purchases under its asset purchase programme and also signaled towards rate increase in its July monetary policy meeting. Crude oil prices inched up with Brent crude trading above $120 per barrel mark. The US 10-year treasury yield again moved above 3 per cent. FIIs continued with their selling of Indian equities. Monsoon progress needs to be watched out for as a good monsoon will calm concerns about further food inflation. However, inflation, commodity price movement and central bank measures are critical factors for market performance over the near to medium term,” said Shrikant Chouhan, Head of Equity Research (Retail), Kotak Securities.