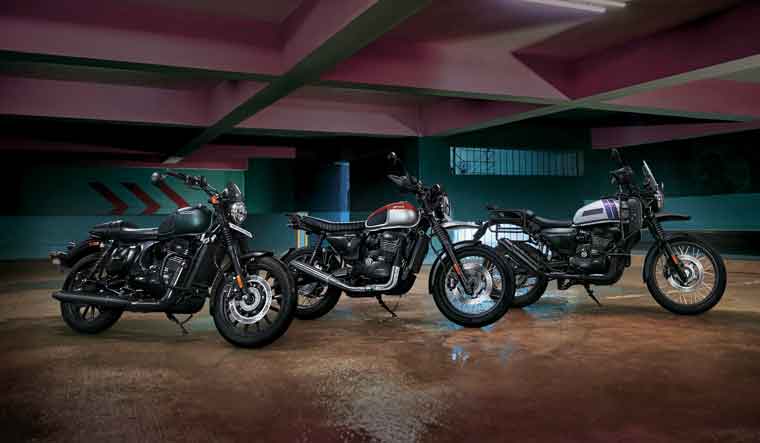 Over the last decade, sales of superbikes and adventure motorcycles have soared. New model launches from the likes of Royal Enfield, Harley Davidson, Honda and Triumph have lured today’s young and adventure enthusiasts. But, back in the 1970s, it was the Czech motorcycle brand Jawa and its Indian avatar Yezdi that ruled the Indian roads.

The company Ideal Jawa sold Jawa motorcycles in India from the 1960s till the early 70s. Subsequently the brand was phased out and Yezdi bikes took over for the next couple of decades. From city roads to rallies, Yezdi motorcycles were trendsetters. But, with the arrival and onslaught of the Japanese commuter motorcycles from Hero Honda, TVS Suzuki and Yamaha, Yezdi faded away.

Classic Legends, a company owned by Mahindra and Mahindra, revived the Jawa brand back in 2018, when it launched three motorcycles – Jawa, Jawa 42 and the Perak.

“The Yezdi brand is all about stories and emotions. That’s what has kept it alive and this is exactly what we want to build on for the future,” said Boman Irani, co-founder of Classic Legends.

All the three models will be powered by a liquid-cooled, fuel injected, single cylinder 334 cc engine. But it will be differently tuned for each model. For instance, it will produce a max power of 30.2PS at 8,000 RPM and max torque of 29.9 Nm at 6,500 RPM.

Each Yezdi model will also come with its own range of accessories.

“The biggest challenge for us while developing the new Yezdi motorcycle was to keep the spirit intact. We also knew that the motorcycle riders have evolved over the last few decades and followed a very focussed approach,” said Ashish Joshi, CEO, Classic Legends.

The Yezdi motorcycles will be available for booking online and via over 300 dealerships of Classic Legends from Thursday. They will be sold along side the Jawa motorcycles and deliveries also begin from the first day.