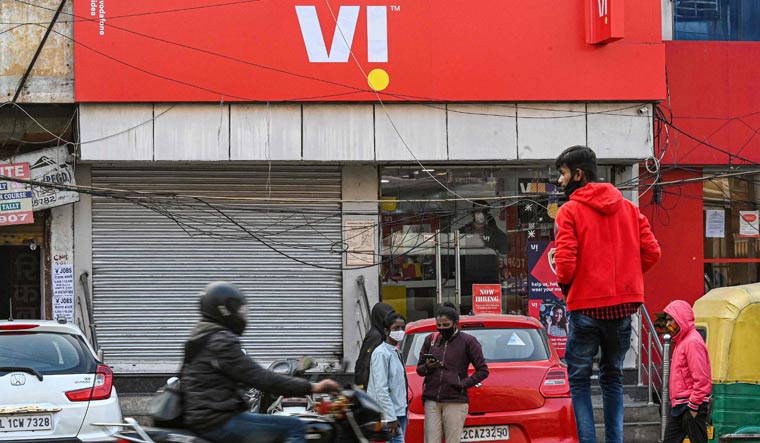 Shares of Vodafone Idea rebounded on Wednesday to close up over 8 per cent after the management clarified that the current promoters and management would continue to run the company and the government had no plans to take over the operations.

A day earlier, the country’s third largest telecom company had said that its board had approved the conversion of the full amount of such interest related to spectrum auction installments and adjusted gross revenue dues into equity.

Following the conversion, the government would hold around 35.8 per cent of the total outstanding shares of Vodafone Idea, the company had said. The promoter shareholding would get diluted, with Vodafone Group holding 28.50 per cent and Aditya Birla Group holding around 17.8 per cent.

With the government set to become the largest shareholder in the company and promoters holding getting diluted, shares nosedived 20 per cent on Tuesday as investors were concerned how things would move ahead on the sustainability and expansion of the operations.

Ravinder Takkar, Vodafone Idea’s managing director and CEO, clarified on Wednesday that the promoters would continue to manage and run the company as in the past.

“In all of our interactions with the government, leading up to the package itself and even after the announcement of the package, I think it has been very clearly stated by the government that they do not want to run this company. They do not have the desire to take over the operations of the company. They have also made it very clear that they want the promoters of this company to run this company going forward as well. I expect them to continue with that position,” said Takkar.

He said that the decision to convert the debt to equity was taken given that the company had a significant amount of debt and a stretched balance sheet.

“I think any time there is an option to convert debt to equity, is considered positive for the company, and specially considering the fact that most of the debt is to the government of India, it was clear to us that converting some of that debt to equity was a good option to reduce its debt going forward,” said Takkar.

Analysts at Kotak Institutional Equities, however, feel that the company’s decision to convert the cumulative interest on deferred liabilities into upfront equity exhibited “the lack of confidence” on proposed large capital raise in the near term and potential significant improvement in its own cash flows in the medium term.

“In our view, the government may end up increasing its stake in Vodafone Idea further, as and when the cumulative deferred amount of Rs 92,000 crore pertaining to AGR dues and spectrum liabilities becomes payable post the end of the moratorium period. It is unlikely that Vodafone Idea will be in any position to service the deferred liabilities in about four years as it continues to lose subscribers and falls short of desirable investments in the network infrastructure to keep up with competition, which is already well ahead in terms of service capabilities,” said the Kotak analysts.

Reliance Jio and Bharti Airtel now have an advantage and will be able to further accelerate market share gains at the expense of Vodafone Idea, they pointed.

“Vodafone Idea may find it difficult to raise large capital or generate adequate cash flows to invest in the network and reverse the loss of subscribers over the next few years, as it will remain behind Bharti and Jio on pan-India network capabilities as well as service offerings,” the Kotak analysts added.

Prashant Tapse, vice-president (research) at Mehta Equities, however, feels converting the government dues into equity would “stave off the risk of immediate danger of bankruptcy.”

“I don’t expect the government to play an active part in any of the capex plans, which are due on books. I assume once the company starts doing well in terms of operation and profitability, the company may look to raise money via QIP (qualified institutional placement) or a rights issue wherein the government may or may note participate,” said Tapse.