Under draft scheme, retail depositors may withdraw funds in a phased manner 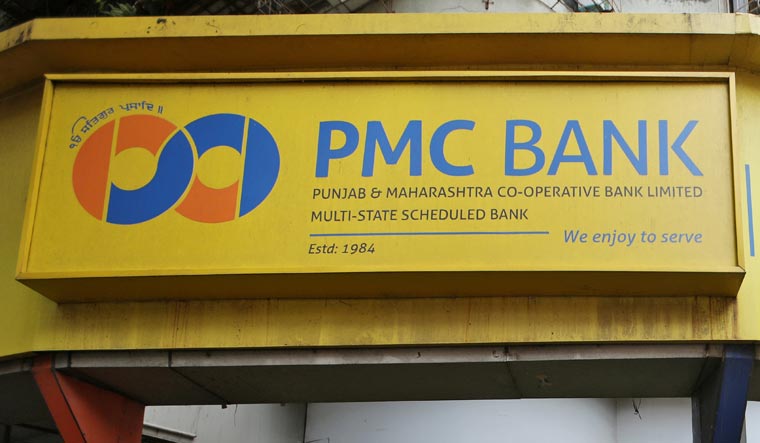 File photo of a branch of PMC Bank | PTI

Inching closer to resolving the Punjab and Maharashtra Cooperative (PMC) Bank issue, the Reserve Bank on Monday came out with a draft scheme for the takeover of the crisis-hit bank by the Delhi-based Unity Small Finance Bank (USFB).

The draft scheme of amalgamation envisages a takeover of the assets and liabilities of PMC Bank, including deposits, by USFB, thus giving a greater degree of protection for the depositors, the RBI said.

In September 2019, the RBI had superseded the board of PMC Bank and placed it under regulatory restrictions, including a cap on withdrawals by its customers, after detection of certain financial irregularities, hiding and misreporting of loans given to real estate developer HDIL. The restrictions have been extended several times since then.

Earlier, Centrum Financial Services, as promoters along with Resilient Innovation as 'joint investor', had expressed interest in February this year in acquiring the PMC Bank through a suitable scheme of amalgamation with a new Small Finance Bank to be registered by the promoters.

Under the draft scheme of amalgamation released on Monday by the RBI, retail depositors have been permitted to withdraw money in a phased manner in case they do not wish to continue their account with the next entity. Initially, the insurance money received from the Deposit Insurance and Credit Guarantee Corporation (DICGC) will be paid to all eligible depositors subject to a ceiling of Rs 5 lakh.

The suggestions and objections to the draft scheme can be sent to the Reserve Bank by 5 PM on December 10, 2021. The Reserve Bank will take a final view thereafter. On and from the appointed date, the undertaking of the PMC Bank will stand transferred to, and vest in the Unity Small Finance Bank, the RBI said.

The draft also said all the employees of the PMC Bank shall continue in service on the same remuneration and terms and conditions of service for three years from the appointed date.

It further said, "The transferee bank (USFB) may discontinue the services of the Key managerial personnel of the transferor bank after following the due procedure at any time, after the appointed date, as it deems necessary and providing them compensation as per the terms of their employment".

USFB is being set up with capital of about Rs 1,100 crore as against the regulatory requirement of Rs 200 crore for setting up of a small finance bank with provision for further infusion of capital at a future date after amalgamation.

In November 2020, PMC Bank had invited expression of interest (EoI) from potential investors for investment or equity participation in the bank for its reconstruction. As per the EoI, bank's total deposits stood at Rs 10,727.12 crore and advances at Rs 4,472.78 crore as of March 31, 2020. Gross NPAs stood at Rs 3,518.89 crore as of end-March.

After putting restrictions on the bank, the RBI had initially allowed depositors to withdraw Rs 1,000 which was later raised to Rs 1 lakh per account.

The draft said that in respect of every savings bank account, current account, or any other deposit account with the PMC Bank, the Unity Small Finance Bank shall open with itself a corresponding and similar account in the name of the respective holders crediting full amount including interest accrued till March 31, 2021.

The RBI said the draft scheme envisages "takeover of the assets and liabilities of PMC Bank including deposits", by the USFB in terms of the provisions of the scheme giving a "greater degree of protection" for the depositors.

Further, equity warrants of Rs 1,900 crore, to be exercised anytime within a total period of 8 years, have been issued by the small finance bank to the promoters to bring further capital.

The draft scheme has also detailed the method for valuation of assets and determination of liabilities of PMC Bank.

Depositors of the multi-state urban cooperative bank, PMC Bank had several protests at different offices of the RBI demanding their money back.

The RBI said that given the financial condition of the PMC Bank and in the absence of proposals for capital infusion, the bank was not viable on its own.

In that event, the only course of action could have been the cancellation of its licence and taking it for liquidation, wherein, depositors would have received payment up to the insurance ceiling of Rs 5 lakh, it said.