Whether domestic retail and institutional fund flows fill the gap, needs to be seen 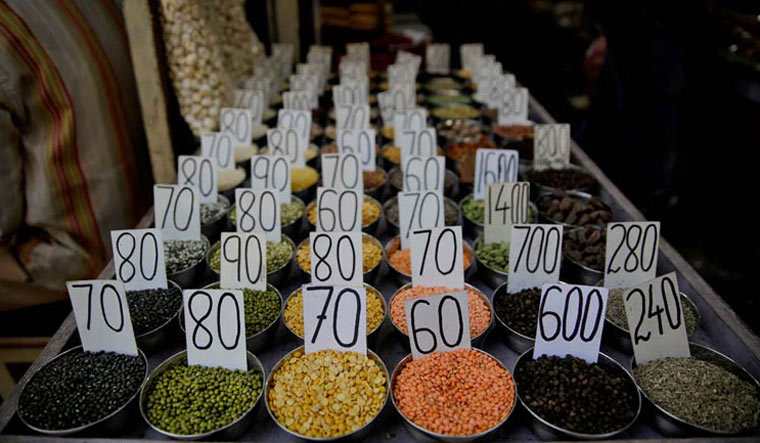 Inflation – one word that central bankers perhaps don’t want to hear right now at a time economies are just recovering from the COVID-19 shock and uncertainties still remain on when the pandemic is well and truly over. In several European countries, cases have surged once again in the last few weeks.

The pandemic disrupted global supply chains. The pandemic also led to global central banks pumping in trillions in stimulus packages to cushion the economic fallout of COVID-19. As the economies have reopened, demand for products and services has shot up across markets and that in turn has cranked up prices. Crude oil in October topped $80 a barrel, highest since 2014. Prices of metals as well as many raw materials that go into consumer goods have shot up this year. As oil prices have increased, and containers have been in a shortage, logistics costs have gone up too.

The consumer price inflation in the US hit 6.2 per cent in October, the highest year-on-year jump since November 1990. In the Euro zone, inflation touched 4.1 per cent, hitting a 13-year high. In Japan, wholesale inflation hit a 40-year high.

“Despite base effect, still-high fuel costs, input cost pressures and seasonal turn in some food prices in coming months etc. could even see (CPI) inflation rise towards 6.2 per cent plus later in the fiscal year,” said Madhavi Arora, lead economist at Emkay Global Financial Services, which revised its full year forecast upwards by 25 basis points to 5.5 per cent.

The RBI’s comfort band is within 2-6 per cent.

In general, inflation signs are visible in most major markets. Central banks had announced plans to begin unwinding their stimulus measures as economies recovered. This rise in inflation could only hasten that process, say analysts.

In recent months, the RBI has already started mopping excess liquidity in the system via variable reverse repo rate auctions.

Similarly, the Federal Reserve (US central bank), too, will start tapering its monthly asset purchases from November, starting with $15 billion a month.

While the Fed has maintained that inflation is transitory, many believe that due to the quicker-than-expected rise in inflation, it may have to raise interest rates earlier than expected.

“These (US inflation) numbers are well above most forecasts. In China too, producer price inflation has risen to 13.5 per cent. This has the potential to spill over to global commodity inflation,” said V.K. Vijayakumar, chief investment strategist at Geojit Financial Services.

“The Fed still believes that the spike in inflation is caused by supply-side issues and, therefore, is transient. But there are many who believe that the Fed is behind the curve and that the entrenched inflation will force the Fed to accelerate tapering and advance rate hikes,” he added.

An earlier than expected interest rate hike and faster reversal of the easy money policy by the Fed could lead to fund outflows from emerging markets, including India, which will have a bearing on the stock markets. The BSE Sensex is up over 38 per cent in the past one year. Since April 2020, its up a whopping 120 per cent. and several brokerages have already raised concerns, following this rally.

CLSA has become the latest to lower its weightage on India, saying it was calling time on the 20-month rally in India’s equities.

“For at least the past two decades, elevated energy prices have been closely associated with phases of Indian equity underperformance. We are now back in such an episode of energy pricing for the first time since 2013. Moreover, the RBI has begun the withdrawal of its stimulus programme with a visible reduction in banking system excess liquidity,” said CLSA’s Alexander Redman.

Goldman Sachs, too, recently downgraded India to market weight. While it sees GDP growth to accelerate, it feels the recovery is already priced in.

“Moreover, we see macro headwinds emerging as the Fed and RBI tighten financial conditions and oil stays elevated, which could pose risks to the market,” said the brokerage.

At the same time, a strong IPO market could also lead to some fund flows away from the secondary market. Due to the twin reasons, it feels, Indian markets could consolidate over the next 3-6 months and underperform in the broader region.

So far, in 2021, foreign portfolio investors have pumped in Rs 48,477 crore in India’s equity market. But the momentum has reversed in recent months. They pulled out Rs 13,550 crore from India’s equity markets in October and a further Rs 2,246 crore so far in November, according to data from NSDL. In 2020, Rs 1,70,262 crore was invested in the equity markets by the FPIs.

A continued rise in inflation, particularly in the US, which, in turn, may quicken monetary tightening and earlier-than-expected interest rate hikes, now pose a threat to India’s equity market rally. Whether domestic retail and institutional fund flows fill the gap, needs to be seen.

A spike in inflation is also putting pressure on prices of goods and services. Already companies from automobiles to FMCG and cement, have hiked prices this year, and there could be more as demand is rising, say analysts.

“We expect a further pass through of input costs in manufactured goods as demand continues to improve. Although the food category may not be an inflation driver, transmission of higher production costs may keep core inflation at elevated levels,” said Suman Chowdhury, chief analytical officer at Acuite Ratings.