“Technology and innovation are leading the connected car space" 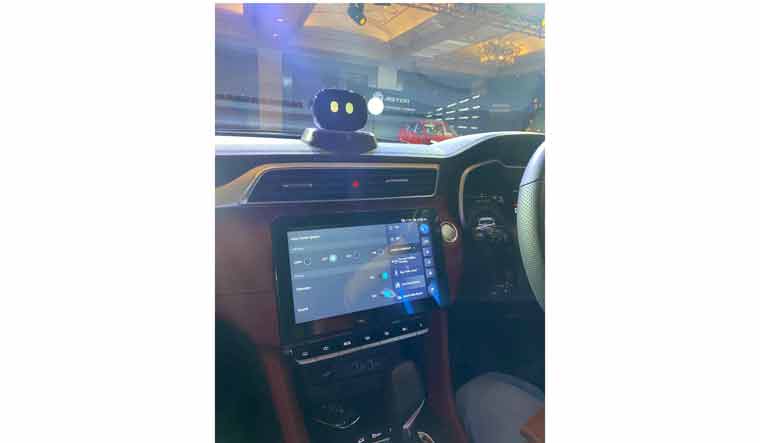 It wasn't too long ago when a new car model launch meant rolling off specs on power and performance off one's tongue as if there's no tomorrow. Engine technology and capability, horsepower and speed, fuel efficiency, braking and other safety features, and of course the colours the car comes in were the focal point.

That era may just have come to an end, with the advent of the age of connected cars.

While real-time internet connectivity have been seen in fits and starts in car models launched in India in recent years and have all been in the luxury segment, a car that opened for booking this week aims to upend all that.

MG Motor India, the Gurugram-based, Chinese-owned originally-British brand's latest offering, the Astor, brings next-generation çonnected features into the mass market segment for the very first time in India. The standout feature of the new car is not power or performance, but its connected features that include an Artificial Intelligence-backed assistant on the dashboard (see pic), as well as self-driving features to the tune of 'autonomous level 2' (self-driving car capabilities are graded from 1 to 5, with 5 being the top-most complete driver-less cars). Astor's 'autonomous level 2' means the driver assistance feature can control steering and speed, adjusting pace by intelligently deciphering road signs, lane markings as well as pedestrians or other vehicles that come in the way.

The real significance of this model is the fact that it is not a premium offering – similar self-driving features have so far only been seen in luxury models from the likes of Volvo and Mercedes-Benz. “We're positioning this new model in the same category as Creta,” said an MG Motor India official. Hyundai Motor's Creta is the market leader in the overall SUV category in the country, with prices starting at 10 lakh rupees.

In fact, engineering and performance giving way to technology and autonomous features will be the big move the auto industry will have to transform through, even before electric mobility takes centrestage. The trend has already started moving towards the mass market segment in varied levels recently, with the likes of Hyundai which offers the 'Auto Link' technology, or Tata Motors introducing the 'intelligent real time assist' or iRA in the BS6 compliant variant of its Nexon electric car. Tata thus became the first homegrown brand to offer connected features.

A recent study by the consultancy firm Deloitte noted that majority of Indian users expected more digitally connected features in their cars in the coming days, and were even ready to spend more for the same. “Traditionally, cars used to largely dictate their production based on vehicle features, but with this change, personalisation and focus on the consumer is expected to lead the game of product manufacturing,” the study noted.

While MG's voice-assistant can talk back and find weather, news updates as well as dig up info from Wikipedia for you a la Siri on your phone, there are lot more concrete services that a tech-enabled car that can communicate real time can do. This could range from checking air filter/fuel filter change to tyre pressure which can now be reported via smartphones so that action can be taken at the right time, according to Deloitte.

The global semi-conductor shortage has come as a spanner in the works for auto industry's hopes of a resurgence based on the 'connected' strategy. Delivery lag is running into months for most leading manufacturers, with software taking centrestage where once pistons and hydraulics ruled the roost. However, the leading auto manufacturers are hopeful they will be able to surmount this logistical glitch somehow, keeping in mind the festive season rush which is just weeks away.

And if you still own one of the conventional models with none of the new-fangled connected features, auto-tech startup CarDekho says it can help. UpLink, which the company launched recently, is a plug-and-play device that can do real-time tracking of the, trip history, rash driving analysis and all sort of usage stats – thus turning your old contraption into a 'smart car' of sorts. It may still not be able to do smart navigation yet, but those days may not be far away.