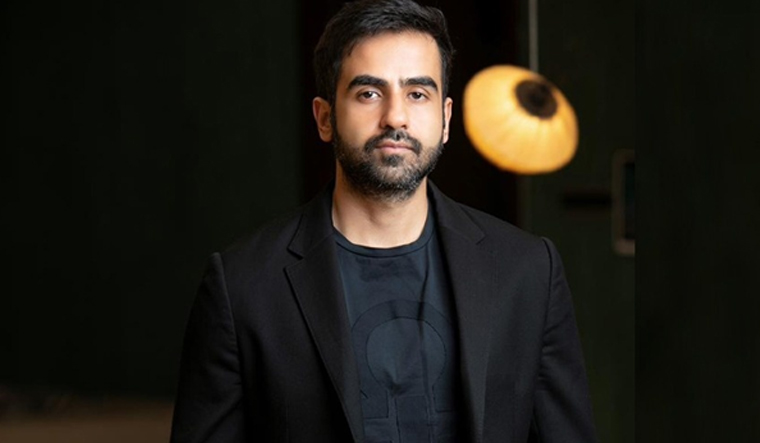 In September 2019, Nikhil Kamath co-founded True Beacon, a client-aligned asset management initiative. True Beacon brings his fund management experience to a global group of Ultra High Net Worth strategic investors, with a disruptive zero standing-fee model. In its first year of operation, the flagship fund, ‘True Beacon One’ achieved an annualized return of 29.7%, outpacing the Indian stock market benchmark by 26.6%. He is the youngest member in Forbes India’s 100 richest 2020 list.

Outside True Beacon and Zerodha, Nikhil enjoys adventure sports, travel, chess, and reading. He is actively supporting and developing philanthropic initiatives in India, including a mass feeding programme in Bangalore during the Covid-19 pandemic.

Co-Founder and Chief Executive Officer True Beacon, Senior Advisor Zerodha Richard was commissioned into the Royal Air Force as a pilot in 1989, specializing in combat helicopter duties during his 18-year career. He served operationally in Northern Ireland, the Balkans, and in Iraq, in addition to tours in the Ministry of Defence working for the Deputy Chief of Defence Staff, Media, and Strategy. Richard carried out a one-year exchange posting with the Indian Armed Forces in Tamil Nadu, completing Advanced Command Staff College and retiring as a wing commander.

Richard worked for the British Royal Family in two separate roles. In 2004, he became Equerry to Their Royal Highnesses The Prince of Wales and The Duchess of Cornwall for two years. He returned in 2008, to be Their Royal Highnesses’ Master of the Household, a COO role, managing domestic and global operations until 2014. He was on two of Prince Charles’ charitable boards and was appointed Lieutenant of the Royal Victorian Order for Services to The Royal Family.

Richard was appointed as the senior advisor to Zerodha, the Bangalore-based fintech unicorn, founded by brothers Nithin and Nikhil Kamath, in August 2019. With over four million users, Zerodha is now the country’s largest retail brokerage platform, trading around 15% of the country’s public market, worth 10 billion USD, every day. Zerodha, which has no external investors, is valued at 2 billion USD.

He co-founded True Beacon with Nikhil Kamath, a seasoned trader, investor, entrepreneur, and India’s youngest member of the Forbes 100 list, along with Nithin, in 2019. A client-aligned asset management initiative, True Beacon is a zero-standing-fee fund for Ultra High Net Worth Individual. With Nikhil as CIO, the fund delivered a 29.7% absolute return, beating the Indian benchmark by 26.6% and outperforming other Indian hedge funds by 4x.

After 10 years of building India’s largest stockbroking platform, Bangalore-based unicorn Zerodha, now responsible for 15% of all trading volumes in the country, the founders are now disrupting the asset management industry. Building on co-founder Nikhil Kamath’s capital market expertise and track record, True Beacon was established in early 2019 to change the way UHNI and HNI build wealth.

The company is built on client alignment through a zero-standing fee model, a conservative investment approach, together with liquidity and tech-enabled transparency. True Beacon serves several hundred sophisticated domestic Indian and global clients who want to capture India’s economic and equity market growth. True Beacon One, a SEBI-regulated Fund, was launched in September 2019 and returned an absolute performance of 47.2% in 2020, beating NIFTY50, the index of the largest 50 companies in India, by 32.3%.