Why have gold prices plummeted to a four-month low? 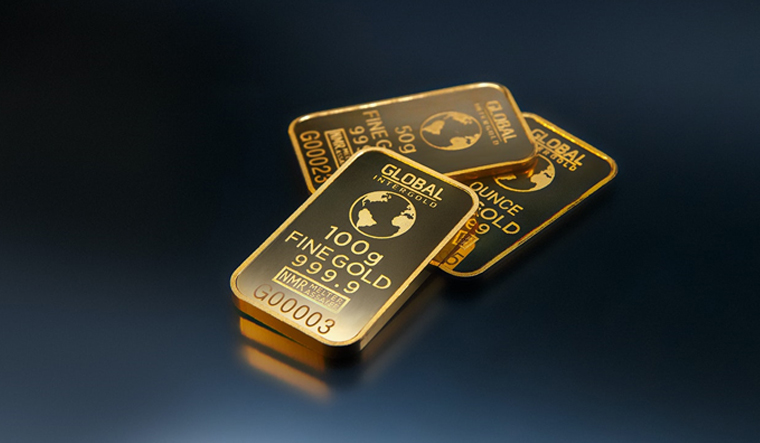 Gold rates in India have plunged Rs 1,600 per 10 gram in the last two days and were at a four-month low. The primary reason that experts have pointed out is due to the strong US job data that has fuelled fears of an earlier-than-expected interest rate hike in the US. As per the data released on  August 6, 2021, US companies recruited the most workers in almost a year in July and continued to boost wages. This bolstered statements by US Federal Reserve System (Fed) officials implying a faster-than-expected withdrawal of pandemic era support on the strength of a robust labour market recovery.

“The US job data has helped lift the benchmark US 10-year treasury yields, hurting gold's appeal as an inflation hedge. Unless the gold prices don’t break the strong support of $1670 (Rs 46,000), it is expected to continue its recovery and head higher towards $1800 (Rs 48,000) in the short-term,” observed Renisha Chainani, Head of Research, Augmont Enterprises Pvt Ltd.

Experts believe that gold prices have so far witnessed negative returns this year losing 8 per cent compared to the broad rally in the year 2019 and 2020 with 10 per cent and 21 per cent returns respectively. Gold prices started the year on a negative note as the reopening of global economic activities and large-scale vaccination improved investment sentiment in riskier assets.

“The economic growth optimism boosted buying in dollars which is trading 3 per cent up for the year from December 2020 closing levels. Spot gold prices at COMEX hit $1,676 with a rally in US bond yields that surged to the pre-pandemic levels. The rebound in economic recovery has led to sharp buying in equity indices which resulted in the liquidation from Gold ETFs holdings. The Bloomberg World Gold ETF holdings have declined to 3126 tonnes from a record 3467 tonnes, dipping to 3090 tonnes in April 2021,” remarked, Tapan Patel, Senior Analyst (Commodities), HDFC Securities.

Experts point out that the US Fed is the key factor to determine future gold price trend as Covid-19 worries are side-lined. Gold prices traded under pressure after the US Fed announced to hike key interest rates by 2023 halting the forward march of the prices. Gold prices fell below $1800 per ounce after the recent comments from the US Fed Vice Chair with a view to raise interest sooner than 2023.

“The major plunge came last week where gold prices recorded the worst weekly decline in the last two months after July US job market numbers exceeded market forecasts that fuelled expectations that the US Fed may start unwinding its asset purchase programme soon. The market players will try to get more clarity on the annual central bank meeting at Jackson Hole Symposium in August end,” added Patel.

Due to a stronger-than-expected US jobs report, gold was down Rs 500 in the morning and Rs 1000 on Friday evening. “There is also speculation that the Fed may begin withdrawing its huge monetary stimulus soon, pushing gold prices lower. Furthermore, the precious metal was heavily sold as bond yields reversed and greenback valuations rose. As a result of Richard Clarida's hawkish remarks, gold prices are struggling. Furthermore, the Delta Covid-19 variation is gaining pace in the developed economy and is posing a serious threat to market sentiment, favouring the safe haven--US dollar,” Kshitij Purohit, Lead Commodities and Currency CapitalVia Global Research Limited told THE WEEK.

Experts further point out that not only gold, but silver also experienced a fall after a stronger than expected US jobs report on Friday that fueled the bets that the Fed may start paring back its massive monetary stimulus soon. The dollar and benchmark 10-year Treasury yields jumped after the data, denting non-yielding gold’s appeal. “US employers hired the most workers in nearly a year in July 2021 and continued to raise wages, giving the economy a powerful boost. Market participants worry that the US economic recovery and rising inflation might spur the Fed to pull back on unprecedented economic support. No major data is expected on the economic calendar today, although US inflation data is scheduled later this week that will be important to watch,” observed Navneet Damani, Vice President – Commodities Research, Motilal Oswal Financial Services.

He further noted that RBI’s fifth tranche of the Sovereign Gold Bond (SGB) is starting from Monday for five days. “Issue price for this SGB Scheme 2021-22 is fixed at Rs 4,790 per unit, and a discount of Rs 50 per gram, less than the nominal value, has been decided for the investors applying online. It is advised to invest in SGB or any other platform available like ETF or digital gold based on one’s risk appetite. Broader range on COMEX could be between $1720- 1775 and on the domestic front, prices could hover in the range of Rs 45,800- 46,335,” added Damani.