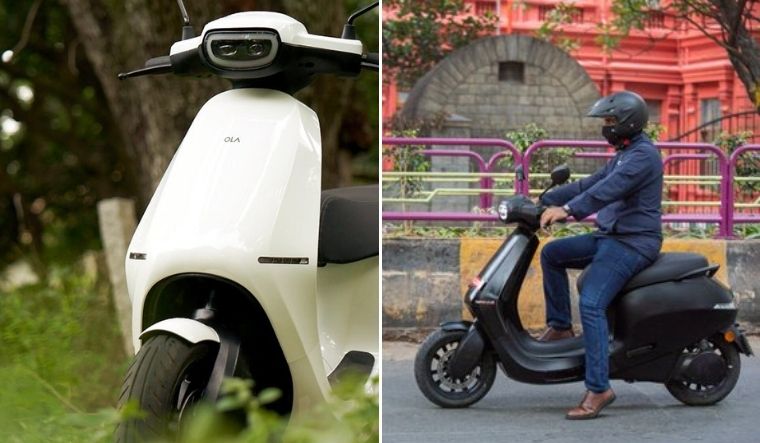 Ola CEO Bhavish Aggarwal can't keep calm! Ahead of Ola Electric scooter's much-awaited launch on August 15, Aggarwal has teased a glimpse of the two-wheeler in reverse gear with the message reverse climate change. "!won em ot netsiL A revolution to reverse climate change! See you on 15th August at http://olaelectric.com #JoinTheRevolution," Aggarwal captioned the video in a tweet.

Ola is the latest entrant into the hotting up electric mobility sector in the country. The cab aggregator-turned-electric scooter maker is all set to launch the first model, rumoured to be named S1 Pro, on India's 75th Independence Day. It will hit the market in 10 colour variants.

The electric scooter is expected to have a battery capacity of close to 3.6 kWh; among the highest capacities for any electric two-wheeler on sale in India today, which would qualify it for a FAME-II incentive of more than Rs 50,000.

The company claims a real-world range to be as high as 150 kilometres, while the ARAI-certified range figure would be higher still, expected to be somewhere between 180-190 kilometres.

The Ola Electric scooter is expected to be priced between Rs 80,000 and Rs 1 lakh.

Further, it is planning to sell the vehicle directly to its customers and not take the traditional dealership route, like Elon Musk's Tesla. The company has also announced that the customers will get charging support from its 'Hypercharger' setup installed in 400 Indian cities with over 100,000 locations/touchpoints.