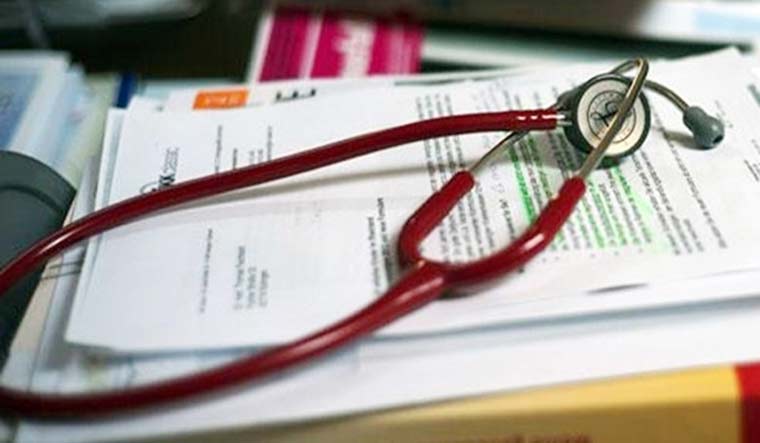 Analysts were a disappointed lot on Thursday as general insurance firm ICICI Lombard revealed that health insurance claims spiked abnormally--from 49,000 in the whole of last financial year to 46,000 in just the first quarter of the current fiscal-- resulting in an all-time high loss ratio of 91 per cent. Though a one-off event given the exigencies of the Covid-19 pandemic, it brought to attention the stress that many general insurance companies are undergoing currently.

Experts believe that this might only be a temporary phenomenon and for the rest of the financial year, the loss ratios in the company’s health segment will improve provided that there is no third wave and vaccination drive picks up pace. As per a recent report by ICRA, general insurance companies in India will see underwriting losses widen in the fiscal due to a rise in medical claims following the second wave of COVID-19 infections, coupled with a decline in legacy businesses such as motor insurance.

As per the recent data by the General Insurance Council, around Rs 24,000 crore worth of claims have been paid under medical insurance due to Covid-19-related hospitalisation and related expenses till date. Experts at ICRA say public sector insurers may report high underwriting losses in the range of Rs 12,400 crore to Rs 13,500 crore due to high medical insurance. Experts point out that an underwriting loss occurs when the claims paid out exceed the premiums collected. Reports point out that general insurers paid out almost 60 per cent of 9.8 lakh claims worth Rs 14,000 crore filed for COVID-19 medical expenses in the last financial year.

“For ICICI Lombard the nature of claims were optically different compared to FY21 as they included  affluent customers with high sums assured, and moderate and critical cases. We have reduced our full-year estimates to factor in higher loss ratios from the second Covid wave, although a potential third wave poses a downside risk to our forecasts. Given the adverse claims experience, ICICI Lombard has raised its pricing on selective renewals and in group health business by 15 to 20 per cent. It onboarded 1,000 employees for scaling up retail health, an extremely valuable proposition,” observed Krishnan ASV, Institutional Research Analyst, HDFC Securities.

General insurance companies had not anticipated such a sudden rise in the number of claims during the Covid-19 pandemic and no company felt that the pace of hospitalization could be that fast during the second wave of the pandemic. “No one had anticipated such a kind of rise in the number of claims. They were three times more than during the peak we had witnessed in September-October 2020. We knew that there would be a rise in the number of Covid cases in India, but not at this pace. From around 1 lakh cases per day during the peak of the first wave it reached close to 4 lakh cases per day in the country. Though we have seen that the claims are being settled smoothly in a large industry, there are bound to be elements of dissatisfaction. I feel, given the kind of claims, there could be price corrections in the future,” remarked Sanjay Datta, chief--claims, underwriting and reinsurance, ICICI Lombard General Insurance Company Limited.

Experts point out that many health insurance companies have had a challenging time due to a large number of claims witnessed during the second wave of the pandemic. April and May 2021 had witnessed  2.5 times more in terms of number of claims that got reported. Most insurers were not capacitated to handle this sudden surge and alternate arrangements had to be made by repositioning staff from other functions based on their ability and experience. “The health claims frequency assumptions had all gone haywire for all insurers as no insurer had priced the product with a frequency anywhere close to where it is. This has caused considerable stress on the cash flows of insurers with claims ratios far exceeding the premiums collected from all customers. For Covid-specific products that we launched, we have paid claims about four times the value of the premium collected from these products,” V. Suryanarayanan, managing director of Chola MS General Insurance Company Limited, told THE WEEK.

Similarly, companies such as Bajaj Allianz General Insurance also observed an increase in Covid-19 health claims from the last week of March 2021 as the second wave of the pandemic hit the country. The company observed that the average claim size of Covid admissions had gone down slightly when compared to the same period in 2020 mainly because the hospitalisation duration came down during the second wave.

“During the second wave the hospitalisation is about six days from the earlier average of close to nine days as we saw hospitals being flooded with patients and hence, they were sending patients for home quarantine after they were less critical. We are hoping that once the vaccination drive ramps up in our country, the situation will stabilise,” pointed out T.A. Ramalingam, chief technical officer, Bajaj Allianz General Insurance.

Companies such as HDFC ERGO also witnessed a sharper spike in number of claims in the second wave as compared to first wave due to a significant increase in cost per day of hospitalisation. “In April we saw significantly more Covid-19 claims than the previous peak, which was observed in the month of October'2020. Our teams worked tirelessly to manage the surge in claims and to ensure that hospitalisation and discharge processes were made smooth for the customers,” explained Ravi Vishwanath, president, accident and health business, HDFC ERGO General Insurance.

It has been observed that almost all the health insurance companies were confronted with multiple challenges. “There have been issues of over-billing at non-network hospitals as network hospitals are not billing the amount as per tariff. Even the staff at insurance companies and hospitals are testing positive, consequently slowing down the settlement process. Besides this, the investigation and verification of claims had been delayed due to the lockdown imposed and noncooperation of hospitals due to heavy patient flow,” pointed out Ankit Ankit Agrawal, co-founder and CEO, InsuranceDekho.

Agarwal further points out that due to the surge in numbers of Covid patients the settlement and processing of claims had slowed down. "Complaints and queries had also increased. There had even been an increase in fraud claims seen during that time," said Agarwal.

Experts such as Suryanarayanan point out that during the second wave hospitals had been choked with the deluge of patients and the established processes and timeline relating to cashless requests have been under pressure. “The IRDA has directed all insurers to ensure provision of cashless within 60 minutes of request. Besides, as the admission of patients were happening round-the-clock, the claims teams of insurers had also been working substantively extended hours to authorise cashless, process claims and pay the claims amounts to customers and hospitals,” said Suryanarayanan.

At the same time, there were concerns by some patients who were part of the challenges for these general insurance firms that was partly due to the heavy inflow of Covid-19 patients during the second wave and the stress on the insurance and the hospital authorities. Bengaluru-based 52-year-old businessman Srinivasan K.R. was shocked when the health insurance claim he had submitted to the health insurance company for his wife and daughter was rejected. The reason given was that the private hospital where both of them were admitted after contracting Covid had not mentioned the reason for their hospitalisation. After following up back and forth with the private hospital and the insurance firm, Srinivasan, finally, got a letter from the hospital stating the reason for the hospitalisation of his wife and daughter.

“After my wife and daughter were admitted to the hospital in May 2021 I saw that there was tremendous pressure on the insurance department of the hospital. As a result, they did not inform the insurance company about their admission. Post that, the hospital staff insisted that I settle their bills myself and then claim for a reimbursement. The bill amount for both my wife and daughter amounted to more than Rs 2 lakh. Though I got my money, many of my friends and relatives had to wait for the claims which took time to clear due to a long backlog due to the lockdown,” Srinivasan told THE WEEK.

It was a slightly different experience for 48-year-old B.C. Thimmaiah a media professional from Mysuru in Karnataka who had to be hospitalised recently for more than a month after contracting Covid-19. He had taken a health insurance cover of Rs 5 lakhs. The company had also verbally stated that he would be given Rs 2 lakh of additional no claim bonus as he had not claimed any benefit for the policy for more than a decade. “Post my discharge, the final bill came out to be more than Rs 7 lakhs. Though the insurance firm settled the Rs 5 lakhs bill, I did not get the additional cover of Rs 2 lakhs as had been promised. The TPA engaged by the insurance company blocked this additional payment stating that they had not received any intimation about the additional cover he was entitled to. As it was only a verbal assurance given by the representative of the insurance firm, the TPA had blocked the payment. After repeated visits to the local manager of the insurance firm, I was finally given Rs 1.5 lakh of the Rs 2 lakh additional cover promised. I feel one should always insist on written communications from the health insurance firms,” Thimmaiah told THE WEEK.