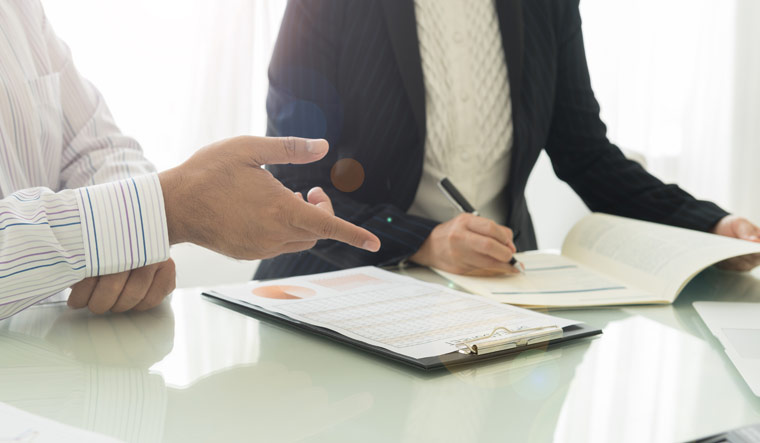 A year after COVID, companies across the globe are increasingly evolving and adapting themselves to produce their best performance-based outcome to remain afloat. The case is no different in India, which has traditionally been on the slower lane to adopt changing work cultures.

No doubt, COVID-19 impacted all businesses, and most of them negatively. "As a result, the hiring of professionals at the senior levels has been lower in the last 12-15 months than the previous year, by at least 25 per cent. Meanwhile, the momentum of digitisation has been on the rise and companies have tried to fill in IT and technology roles to facilitate this transformation” said Aditya Mishra, director and CEO, CIEL HR Services Private Limited.

Subramanyam S., CEO of Ascent Consulting Services, said the number of youngsters who could not find a job during the previous year outnumbered the managerial jobs as the numbers are always high at that level, he said. At the same time, a significant number of managers lost their jobs during this period as companies opted to reduce costs and alternatives became a rarity.

When it came to those who had a job, a large chunk of the workforce had to be satisfied with a nominal performance appraisal hovering between 6 per cent and 9 per cent during the year. However, as digitisation picked up, sectors like IT or ITeS had a rather improved turnover that resulted in the appraisals ranging from 12 per cent to 20 per cent.

One of the significant contributions of the pandemic is the widespread adoption of remote working with latest studies suggesting that a rising number of employees are reluctant to return to office as the pandemic eases. However, companies are skeptical about its practicality in the long run. “Just a handful of roles such as IT, finance, and HR—an estimated five per cent of the overall workforce—will be able to transition into hybrid working,” Mishra said. However, he admitted that it was a step in the right direction.

“As the pandemic hits from various directions, companies are exposed to new challenges like shutting down the offices and reducing the business operations. Due to this, many renowned organisations have decided to either defer the appraisal cycle or go for muted salary increments or opt for remote working,” said Ajoy Thomas, business head at human resources firm TeamLease Service, which like many others, faced testing times and had to take many tough decisions.

Mishra echoed a similar view. He said it was more than common that companies tried to reserve cash by delaying salary hikes; some of them have declared even no hikes, while some have offered low single-digit percentage raises. “These performance appraisals are shifting more towards outcomes because managers are unable to track employees’ behaviours (during remote working) while they go about performing their duties. However, this move is not a positive development for an organisation's long-term talent development process,” Mishra cautioned.

For most companies, work from home is uncharted waters as unprecedented hybrid work transformations are not devoid of flaws. The most common concern is with regards to employee visibility. Employees feel “seen” in an office environment compared to remote working where they “may feel passed up for opportunities because they are less visible than those who are in the office.”

Though there is an opportunity for a larger scale of communication and collaboration, there is an overarching worry that if not properly executed, a hybrid workplace could create a divide between those in the office and those who don’t. At the end of the day, it comes down to productivity and outcome to decide appraisals.

“Work from home is a great option only for industries which can be driven through IT-enabled operations and not a reality for all industries, though a segment of such industries in sales or support functions can use work from home as an option,” said Ascent’s Subramanyam. Any person working from a remote location should be able to be an individual contributor and hence, only trained and experienced resources would be suitable for such jobs. While this reduces the requirements for managerial oversight, it may not, on the other hand, be desirable for newcomers, he added.

As work-from-home became a norm during the pandemic, it posed fresh challenges to companies on the HR front. Reacting to an emergency like a lockdown during the pandemic, HR departments deserve the credit in managing a disparate workforce and keep the engagement going, sustaining morale and productivity. Most of the companies had to revise their HR policies to suit the current predicament. With the uncertainty of jobs, their job was, perhaps, the most strenuous as they are the ones who were interacting with each employee.

There was a halt in hiring in companies like TCS in the first phase of the pandemic, but has since picked up and is better than ever. “There has not been much change in the recruitment process as it was already done in a virtual environment,” said a spokesperson.

Even cost-wise, it is a better option in reducing the travel cost and such. There was no change in terms of appraisals as TCS is primarily outcome-based. The HR did find it a bit difficult initially because they were no longer seeing the employees in person. But now it has become better because there is an option to not just talk to the individual, but also their family if necessary.

Interestingly, the pay hike in India was considerably higher compared to some of the first-world countries. The India Salary Increase Survey by consulting firm Aon said that while first world countries had a hike between 3.1 per cent and 5.5 per cent, Indian firms had an average of 6.4 per cent in the year 2020. The venture capitalist and e-commerce segments had the biggest roll outs with 10.1 per cent, closely followed by 9.7 per cent in high-tech, 8.8 per cent in IT-based, and 8.1 per cent in gaming and entertainment sectors. The survey also projected a 7.7 per cent increment in the year 2021 for Indian companies.