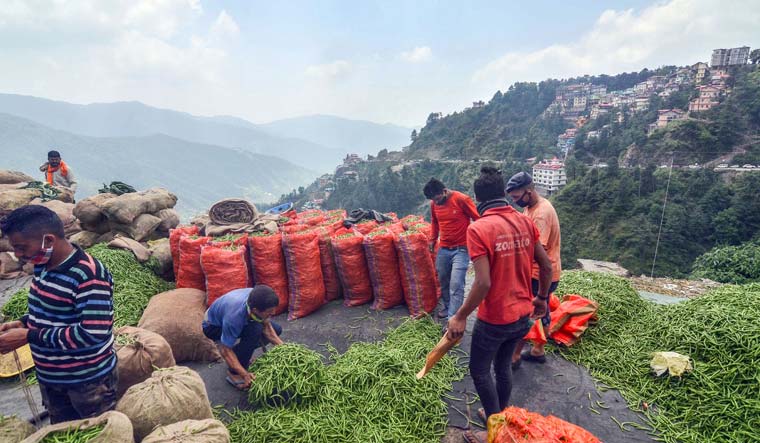 It is no secret that India’s biggest asset are those who work in the agriculture and allied sectors. Every sweat that beads down their brows rejuvenate India, revitalising the country with the energy to move forward. The recent cabinet decision that has pushed for revolutionary reforms in the agricultural infrastructure sector is aimed at delivering world class infrastructure at the farm gates and aggregation points (mandis).

On May 15, 2020, Rs 1 lakh crore agriculture infrastructure fund was proposed. It was passed in the cabinet on July 8, 2020 and was launched by Prime Minister Narendra Modi on August 9, 2020. The purpose of this fund was to give medium-long term debt financing facility for investment projects related to post harvest management through interest subvention and financial support to a bevy of beneficiaries.

The kind of projects that qualified under the agriculture infrastructure funds were supply chain services, warehouse, silos, sorting and grading units, and cold storage chains, among others. Those eligible to avail this fund had access to multiple benefits that the government provided, like credit guarantee for loan up to Rs 2 crore, and interest subventions at 3 per cent for loans under Rs 2 crore for a maximum period of seven years. Given the time period of 10 years, i.e. 2020-21 to 2029-30, the agri fund has a target of Rs 20,000 crore to be disbursed as loans for the next five years.

Since its launch, the agri infra fund has had an impressive start. The number of projects that have been submitted for eligibility is more than 8,000, out of which 5,940 projects have been found eligible and around Rs 4,000 crore have already been sanctioned.

The government has conducted many rounds of consultations with numerous stakeholders on increasing the effectiveness of this scheme. A number of observations came out of this exercise, most of which were addressed through this cabinet decision. The most important decision taken by this cabinet is the approval to build multiple projects for different infrastructure needs in the same APMC market yard, as APMCs handle an astonishing amount of perishable items but lack in basic infrastructure amenities like cold storage units, grading units and drying units.

The agri infra funds can be used by the mandis to ramp up their infrastructure. This, in turn, will help them become efficient in managing their resources and thus, become adept at competing in a post-agri reforms world.

The other major point that many FPO’s (farmer producer organisations) and private entrepreneurs felt limiting the effectiveness of the fund was the one beneficiary-one project condition in the agri infra fund. This point has been resolved and now, a private entrepreneur or a FPO can avail funds for upto 25 projects on condition that they are placed in different locations. This step is most beneficial as many FPOs have a very wide network and collect produce from various areas. Thus it was decided that a single beneficiary can avail funds for multiple projects, provided they are at different locations. The upper ceiling of 25 projects is to prevent monopolisation of funds by certain entities, but this has been done away for state federation of co-operatives and central federations of FPOs etc., helping them raise as much funds as possible. Many state-led federations have turned around the lives of thousands of farmers, like MAHA FPC Ltd, which in collaboration with NAFED, has already achieved a turnover of Rs 500 crore just by procuring pulses. In light of these successes, through this step, state federations have been given priority in the availing of the funds.

The fresh decisions will have a multiplier effect on the complete agro value chain, as it will motivate many to invest in the agro sector, thus upgrading the sector with the best agricultural practices while creating numerous jobs and increasing the number of beneficiaries working in the agriculture and allied sectors.

(Gajendra Singh Shekhawat is the Union minister for Jal Shakti)