India offers legal indemnity to Moderna, but with riders: Report

If approved by the company board, it will allow immediate import of 7 million doses 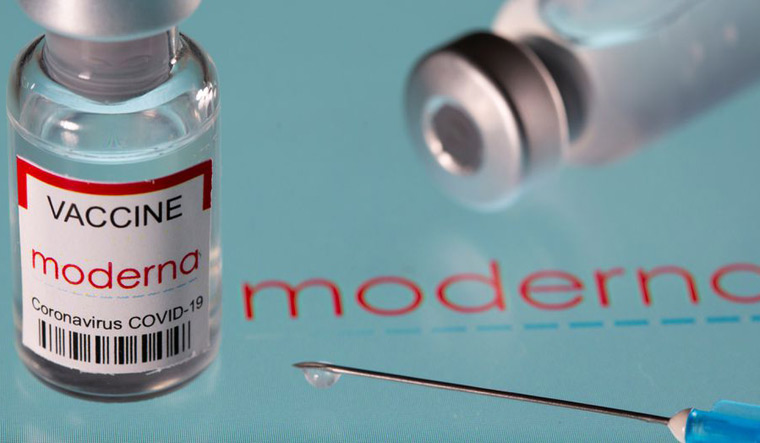 India has forwarded a proposal to the US, according legal indemnity to Moderna for shipping its COVID-19 vaccine, albeit with specific conditions. The move will allow immediate import by India of about seven million doses of the company’s vaccine.

The proposal, which has been further sent to Moderna, will be taken up by its board of directors, reported the Economic Times. "The Indian government has agreed to the indemnity clause in the best way we could. There were certain country-specific changes we wanted and we have gone ahead with such a proposal," a senior government official was quoted in the report.

The government said on Friday that it is working actively with Moderna to see how its vaccine can be imported and made available in the country.

"Moderna vaccine is under emergency use authorisation. The government is working actively with the manufacturers to see how to make this vaccine available in the country, importing it into the country, those efforts are on the process that has to be gone through is being actively pursued," said V.K. Paul, member, Niti Aayog, on Friday.

If the Moderna board approves the proposal, it will also pave the way for other US drugmakers--Pfizer and Johnson & Johnson--to bring their coronavirus vaccines to India.

The development comes soon after Mansukh Mandaviya took charge as India's new health minister. Last week, India's drug controller had granted approval to the import of Moderna's mRNA COVID-19 vaccine through Cipla. However, the US biotech major demanded legal indemnity in the country before making its vaccine available.

Legal indemnity has become a bone of contention for Pfizer's India entry as well. The US pharma major is yet to submit an application for licence in India despite the country's drug regulator writing twice to Pfizer urging the same.