Why loans with interest and not compensation packages for tourist guides, ask stakeholders 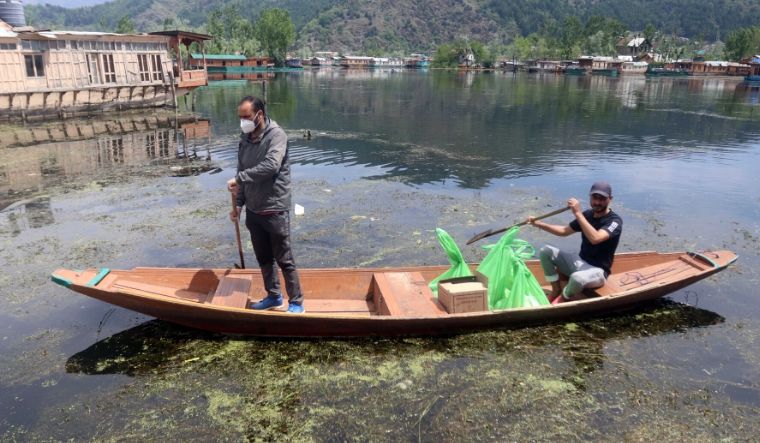 As part of the "second wave stimulus", Finance Minister Nirmala Sitharaman on Monday announced a slew of measures and stimulus packages to revive the tourism sector, such as credit guarantee loans for tour operators and guides as well as free visas to five lakh tourists visiting India. While industry bodies and stakeholders have largely welcomed the move, not everyone is happy.

Before anything else, Sanjay Sharma, as president of the Tour Guides Federation of India, wants to discuss a video that was circulating the day the announcements were made. "The scheme will cover about 10,700 regional level tourist guides who are recognised by the ministry of tourism, and tourist guides who are recognised by state governments," says Sitharaman in the video. The scheme refers to a new loan guarantee plan for registered tour guides who are eligible to borrow Rs 1 lakh, which is to be extended for a tenor of three years with interest rates between 7.50 per cent and 8.25 per cent.  It will be administered by the Ministry of Tourism itself.

But Sharma wonders why there should be loans with interest and not compensation packages for a subset of workers in the tourism industry who have been badly hit by the pandemic since March 2020. "When you talk of guides in India, we are freelance, self-employed professionals. We are not a business entity like the tour operators, travel agents, airlines, emporiums or hotels. We get paid only after the work is over. We don't make money like these travel agents, tour operators or hoteliers. In fact, when we are given a license by the tourism ministry, there are a lot of restrictions. We have to sign a bond that we cannot take up any other job, business or profession," says Sharma who points out how most of their work happens in the October to March period, which is the peak tourist season. Most sit idle for the remaining six months.

"There is no business at all. Our guys have not earned a penny since the last one-and-a half year. A lot of us have already taken loans for automobiles or houses. We are already in debt. The government is trying to make a mockery of us by announcing this package.  They're trying to burden us. What do you mean by loan?" asks Sharma.

He says he and his colleagues have written a number of letters highlighting their concerns without much of a response. "Some 45 regional level guides have died, mostly in the second wave. I am not even counting their family members who have died. Will they now take another loan? Some of our tour guides even died by suicide last year due to loss of livelihood," says Sharma who insists on a compensation package or at least an interest-free loan scheme for tour guides for the next two years. He also says that the number of licensed guides is only around 3,500, and not 10,700.

The tourism industry has been the worst hit since the onset of the pandemic in March 2020. Everywhere it is the first industry to get affected and will be the last to recover. In India, all hopes of recovery were dashed last year itself after a brief spell of sunshine, followed by a deadlier second wave. With mutant strains forcing further travel restrictions, travel experts have become extremely cautious. A recent United Nations World Tourism Organization (UNWTO) survey did not expect a return to travelling of pre-pandemic variety before 2023.

Free tourist visas to people visiting India is applicable till March 31, 2022, or will be closed after distribution of the first five lakh visas, but some industry stakeholders wonder if it is possible to fully vaccinate the Indian population for foreign tourists to feel more confident about visiting the country from now till March next year. Can you fully open immigrations and visa this year, they ask, with fears of a third wave looming large. "Once we open up international travel, there should not be any cap of March 31 for free tourist visas. It should be 5 lakh as and when it finishes," says Pronab Sarkar, president of IATO (Indian Association of Tour Operators) in New Delhi.

"Service Exports from India Scheme (SEIS) benefits for the tourism sector haven't been coming either. We have been asking the government to release that. That decision is highly awaited. It will be really a booster shot," says Sarkar who wants other countries to open up on a reciprocal basis as one of the other government measures that can be explored.