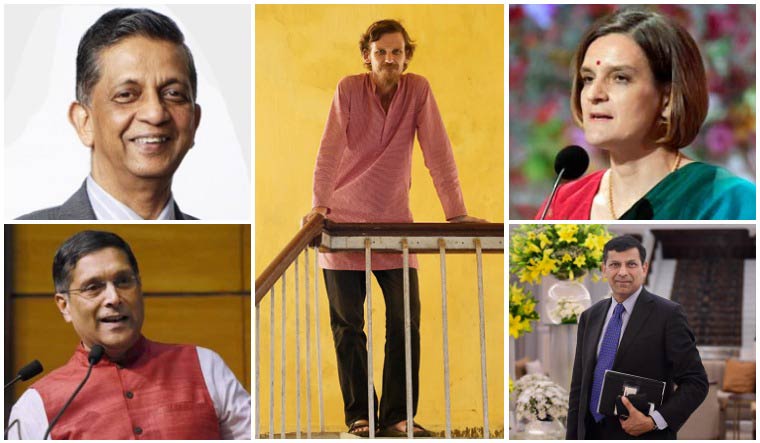 Governor Banwarilal Purohit, in his customary address at the first session of the 16th Tamil Nadu Assembly, announced the formation of the council. Purohit said that the newly elected Tamil Nadu government will constitute an economic advisory council to the chief minister with leading economic experts from all over the world as its members.

“Based on the recommendations of this council this government will revitalise the state’s economy and ensure that the benefits of economic growth reach all segments of society. The government will focus on improving the fiscal position and bringing down the debt burden,” Purohit said in his address.

The reason for setting up the council

Tamil Nadu is reeling under a precarious financial crunch, following the slowdown and the COVID-19 pandemic. With persistent high revenue and fiscal deficits and a large overhang of debts, the state is struggling hard to finance the welfare schemes. The state has been fighting hard to get its GST dues from the Government of India. There have also been several questions on fulfilling the DMK’s poll promises—be it reducing the petrol prices by four rupees per litre or the monthly dole of Rs 1,000 for women. On top of this are high expectations from the electorate that the government delivers on faster economic growth, social justice and equity through new programmes. The council has been constituted in this context, with members who are familiar with the economy, society and the polity of Tamil Nadu. Also, the council has been set up based on their expertise in the Indian and global context.

The members and their expertise

Prof. Esther Duflo—A poverty alleviation expert and Nobel laureate, Esther is a Professor of Poverty Alleviation and Development Economics at the Massachusetts Institute of Technology (MIT, USA). Along with Professor Abhijit Banerjee, she is a co-founder and co-director of the Abdul Latif Jameel Poverty Action Lab (J-PAL), a global centre that aims to reduce poverty by ensuring that policy is informed by scientific evidence.

Dr Raghuram Rajan—A former RBI governor and a Katherine Dusak Miller Distinguished Service Professor of Finance at the University of Chicago‟s Booth School. Rajan's research interests are in banking, corporate finance, and economic development. Rajan’s was one of the strong voices against the decision to carry out demonetisation by the Narendra Modi government in 2016. Rajan also helped design India’s core social-security project, MNREGA.

Dr Arvind Subramanian—Chief Economic Adviser (CEA) to the Government of India between 2014 and 2018, is now Senior Fellow, Brown University's Watson Institute for International and Public Affairs and Distinguished Senior Fellow, Center for Global Development Professor at Ashoka University. Among the major ideas and policies he initiated and helped implement included a simplified goods and services tax (GST), attempts to tackle the Twin Balance Sheet challenge, creating the financial and digital platform for connectivity (the so-called JAM trinity), charting a new fiscal framework, and Universal Basic Income.

Prof. Jean Dreze—A development economist, Dreze is Visiting Professor at Ranchi University in India. Dreze, who has been active in various campaigns for social and economic rights, will likely balance out free-market-oriented perspectives.

Dr S. Narayan—A former bureaucrat with nearly four decades in public service, who had served as economic advisor to the Government of India during the Vajpayee administration in 2003-04. He is a proponent of the Dravidian brand of politics. He worked in various departments in Tamil Nadu and is the author of The Dravidian Years: Politics and Welfare in Tamil Nadu, a book that traces the journey of the AIADMK and DMK in governance in Tamil Nadu.

What will the committee do?

The committee will provide general guidance on economic and social policy, social justice and human development related issues. The advice will be on particular matters related to ensuring equal opportunities for women and the well-being of underprivileged groups. The council will advise on boosting economic growth, employment and productivity in the state.

The output of the council will be in the form of policy briefs or notes or even consultations, according to the issued Government Order. The council is expected to provide the chief minister with quick advice proactively in response to specific requests. With a former Lehman banker PTR Palanivel Thiagarajan as the finance minister, the council is considered as an added advantage to take the state’s economic growth at a faster pace and bailout from the economic crisis. The council as per the Terms of Reference in the GO issued by the government says that the members may, suo moto or on request from the chief minister or finance minister, provide specific inputs.

According to highly places sources in the state secretariat, the members of the council were roped in by PTR, in consultation with chief minister Stalin. Sources also said that Stalin is highly concerned about the precarious financial situation of the state, which he feels could hamper his dream of a welfare state.

Stalin’s plan seems to be driven by his aim to revitalise Tamil Nadu’s fallen economy. The new team is likely to help him achieve parallel growth across all sectors in the state.

Responses to the formation of the council have been positive, with policy watchers calling it a "dream team" due to the qualifications of its members.