PALs with the poor 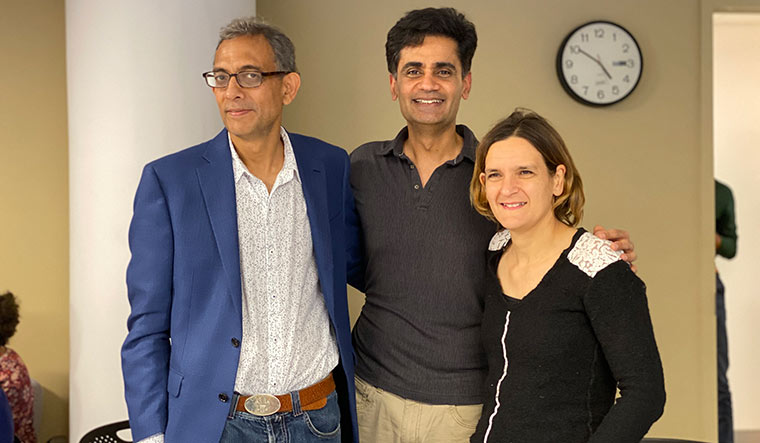 Research in action: Dhaliwal with Banerjee and Duflo.

More than a decade ago, I met Abhijit Banerjee and Esther Duflo to discuss joining a small centre they had started at the Massachusetts Institute of Technology (MIT) called PAL, or the Poverty Action Lab. It was subsequently renamed J-PAL to recognize a generous endowment to MIT by its alum Mohammed Jameel. After my master’s at the Delhi School of Economics, I had joined the IAS, attracted by the idea of working in development policy in the field. But I was often puzzled to see how so many of our key decisions were not based on any semblance of rigorous evidence. After a few years of working in the private sector, I was itching to go back to my roots. Talking to them in J-PAL’s three-room office, I was drawn to the huge potential of their very simple vision: What if policymakers in governments, NGOs, and foundations could base their decisions on scientific evidence rather than instincts, ideology or inertia?

Even though J-PAL was then only five years old, pioneers like Abhijit, Esther, Michael Kremer and Rohini Pande had already launched a number of field research studies in India and Kenya. Their studies would cement the role of randomised evaluations, or RCTs, as an important tool in the field of economics to understand what poverty alleviation programmes work or not, and why. And J-PAL, along with our partner organisation, Innovations for Poverty Action (IPA), had begun to work with a number of other economists to run their research in many countries to expand the knowledge base of what works or not in global development. The dilemma they faced when I met them was even more challenging: How do we make sure that the results of this research do not just stay in academic journals but actually make their way to the policymakers who need it most in their decision making? How could such evidence inform programmes that could be scaled up to reach millions?

I am thrilled that Esther, Abhijit and Michael were awarded the 2019 Nobel Memorial Prize in Economic Sciences for “their experimental approach to alleviating global poverty”. While a lot of attention in the past few days has been focused on their experimental methodologies, the policy action that has resulted from their research is equally significant—the Nobel award specifically mentions their work to fight poverty in practice, stating that “as a direct result of one of their studies, more than five million Indian children have benefitted from effective programmes of remedial tutoring in schools. Another example is the heavy subsidies for preventive health care that have been introduced in many countries.” The brilliance of Abhijit and Esther was in recognising that this new research that they and a generation of colleagues was producing would not by itself be sufficient to reach policymakers; more would need to be done to actually make a difference in the lives of millions.

Their response was to put their considerable political capital into not just raising funds for J-PAL but also into recruiting talented staff and providing the creative vision for it to be that agent of change. Over the past decade, J-PAL has moved way beyond just being a research centre at MIT, and taken on work on the policy outreach and capacity building sides with the support of a coalition of additional funders such as the Gates, Hewlett and MacArthur foundations and the Omidyar Network. 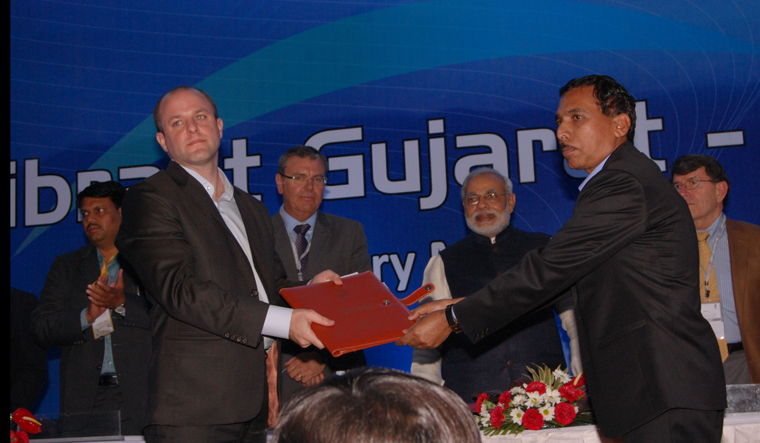 One of J-PAL's first partnerships with a state government in India was with Mr. Modi. This picture shows signing of MoU by John Floretta, JPAL’s Director of Policy with Government of Gujarat in Mr. Modi’s presence

As a result, J-PAL not only supports innovative research worldwide, but also forms partnerships with governments, NGOs and donors to ensure that the knowledge generated by this research is understood and used to address the trickiest challenges of global poverty. This includes, for example, encouraging the use of preventive health products or tailoring instruction to students’ learning levels to increase learning. We also support governments and NGOs in scaling up the effective programmes.

J-PAL staff also help build the capacity of government officials and practitioners to understand and use evidence through customised in-person trainings around the world. To make this knowledge more accessible, Abhijit and Esther lead a push to create a suite of online courses hosted by MIT’s edX platform.

At the core of our work are our regional offices, which implement our affiliates’ field projects, conduct trainings and work with policymakers to make sure they have all the information they need to move toward a culture of evidence-informed policy. Our first regional office was established at the Institute for Financial Management and Research (IFMR) in India to support J-PAL’s work in South Asia in 2007. Five more regional offices have since been established to support research, policy outreach and training activities in Europe (at the Paris School of Economics in France), Latin America and the Caribbean (at the Pontifícia Universidad Católica in Chile), Africa (at the University of Cape Town in South Africa), southeast Asia (at the Institute for Economic and Social Research at the University of Indonesia) and north America (at MIT in the US).

Investing in this infrastructure has paid off. J-PAL’s affiliated professors have designed and carried out almost 1,000 randomised impact evaluations to test and improve the effectiveness of social programmes in more than 50 countries. J-PAL’s research covers traditional sectors such as agriculture, education or health, as well as newer, cross-cutting sectors such as crime and violence, firms and the private sector or gender. On the policy front, scale-ups of programmes evaluated and found to be successful have to date reached 400 million people worldwide.

As global poverty continues to affect hundreds of millions worldwide, J-PAL is responding to it by launching cutting-edge initiatives like the Innovations in Data and Experiments for Action Initiative (IDEA). It supports governments, firms and non-profits that want to make their administrative data accessible; analyse it; and partner with researchers to design innovative programmes, evaluate programme impact through randomised experiments and scale up successful programmes.

Abhijit, Esther and Michael receiving this year’s Nobel Prize in Economics is a recognition of the creativity and value of the methodology of randomised evaluations. But it is equally a recognition of how the outputs from this methodology can improve the lives of millions of people worldwide. This required not just the genius of the researchers but the hard work of thousands of field research, policy and training staff, the commitment of hundreds of governments and NGOs to evaluate and question the impact of their own programs, hundreds of thousands of program participants who also agreed to be surveyed, and the support of visionary funders.

Abhijit is one of the smartest people I have ever met, and not just at the weekly MIT-Harvard development seminars where he has this uncanny ability to see three steps ahead of most people in the room as to where the presenter’s model is headed, all the while multitasking with his email and sometimes even phone calls! But more importantly for me, this also extends to discussions with him on policy or field implementation issues—his ability to see the big picture, predict how people will respond and suggest solutions has been invaluable not just for J-PAL but also our partner organisations.

Esther is one of the most relentless, hard working and visionary persons I have met. She never accepts something as “not possible” and challenges herself and everyone around her to think out of the box and aim higher. Thanks to her, we have applied for moonshot multimillion dollar grants that helped us fund a generation of research projects in areas as diverse as measurement of corruption, strengthening democracy or improving delivery of urban services. But Esther’s abilities do not just stop at big-picture thinking. She has outstanding management instincts. For the past eight years, she and I have been co-scientific directors of J-PAL’s largest regional office for South Asia, which runs dozens of projects in India in partnership with state governments like Gujarat (launched when Prime Minister Modi was the Chief Minister), Haryana, Punjab, and Tamil Nadu.

I remember coming home from that first meeting with Abhijit and Esther over a decade ago and saying to my wife and fellow economist Gita Gopinath that “this is a Nobel-winning idea, but it is going to require a lot of work and a long time”. Her response was, “With people like Abhijit and Esther, you never know. It might be sooner than you think.” She could not have been more right!