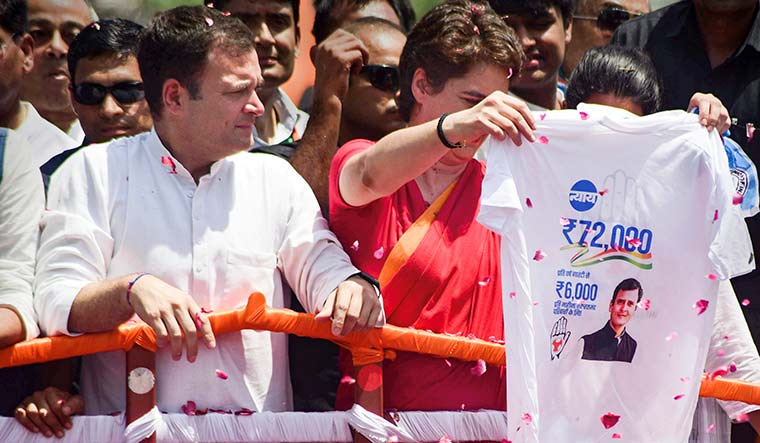 In the run up to this year’s Lok Sabha elections, when the Congress discussed the idea of an unconditional cash transfer to poor families as its main poll promise, the first expert the party approached was Abhijit Banerjee. “We contacted Abhijit in January to help us with specific inputs because he is the most renowned expert in poverty alleviation policies and programmes,” said Praveen Chakravarty, head of the party’s data analytics cell.

Chakravarty was at the centre of the discussions in the Congress on firming up Nyuntam Aay Yojana (NYAY). “Abhijit is a passionate believer in the idea of a basic income for the poor,” said Chakravarty. “We would talk about the larger impact on the economy through such programmes, where giving money directly to the neediest helps stimulate demand in the economy. This is what the sagging economy needs today, not corporate tax cuts.”

Most of the discussions the party had with the Boston-based economist were over email and phone. Banerjee helped the Congress with data inputs on income distribution, evidence from other countries of similar programmes and the larger macroeconomic impact they had. He was for covering more people with a smaller amount for each family. He suggested that the minimum income be pegged between Rs2,500 and Rs3,000 per family per month to begin with, and then gradually increased. He has stated that he was mindful of fiscal prudence in suggesting this amount.

However, the Congress, perhaps motivated by political exigency, preferred a larger amount—Rs72,000 per year—for the poorest 20 per cent families. The party defends its decision, saying it was just a design change and the overall costs would have been the same in both cases.

NYAY failed to be a gamechanger in the Lok Sabha elections. It is felt that the Congress failed to effectively convey the scheme to the people. However, with Banerjee winning the Nobel, the proposed scheme has yet again found mention in political circles.