Petrol price near century-mark across India

Petrol, diesel prices have been hiked by up to Rs 7 per litre since May 3 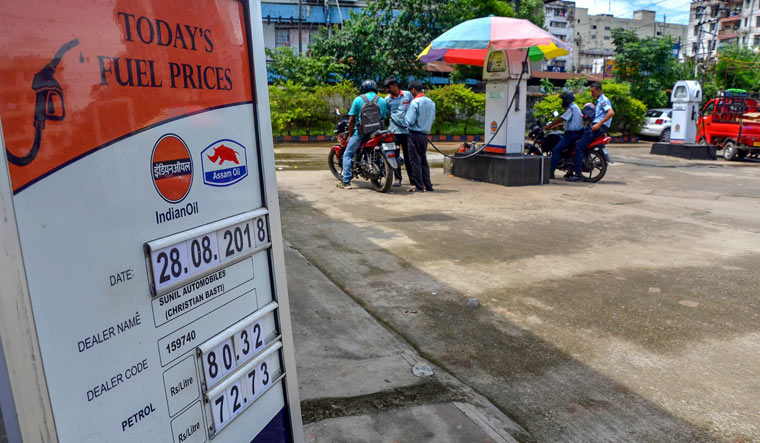 A file photo of a petrol pump in Guwahati, Assam | PTI

Petrol, diesel prices have been hiked by up to Rs 7 per litre since May 3 and by Rs 14.33 per litre so far this year.

On the global front, Brent gained for a fifth consecutive session on Wednesday amid talks dragging over Iran-US nuclear agreement. Brent crude was trading at $72.91 per barrel, while the West Texas Intermediate (WTI) at $70.94 per barrel.