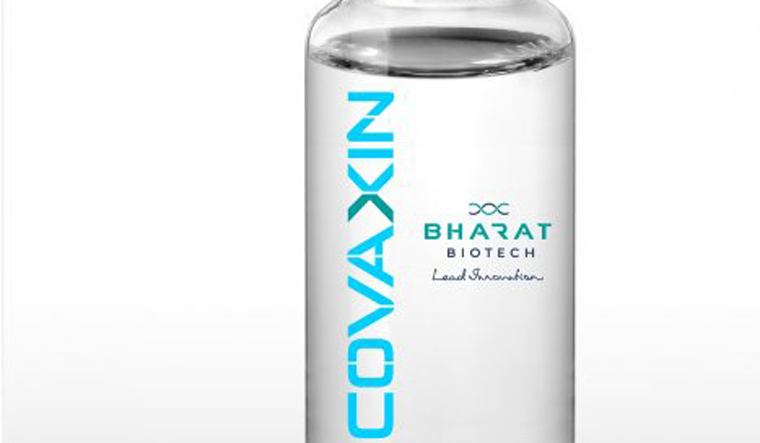 Ocugen, a US-based pharmaceutical company, indicated on Thursday that the US Food and Drug Administration has rejected its proposal to grant emergency use authorisation for the Covaxin COVID-19 vaccine.

Ocugen is partnering with Bharat Biotech to introduce Covaxin in the US market. Mint reported, "Ocugen’s rejection of emergency authorisation is because the company submitted partial data from the Covaxin trial only in March this year, but the USFDA last month came out with a revised guideline for COVID vaccine approval that said it will no longer grant emergency authorisation to new applications. Despite this revised guideline from FDA, Ocugen in a statement to investors on 26 May said that the company will be eligible to submit its EUA in June."

A statement from Ocugen said that the FDA had recommended the company pursue a biologics licence application (BLA), instead of emergency use authorisation."Ocugen is in discussions with the FDA to understand the additional information required to support a BLA submission. The Company anticipates that data from an additional clinical trial will be required to support the submission," the statement said. BLA provides for a 'full' approval to market a drug.

“Although we were close to finalizing our EUA application for submission, we received a recommendation from the FDA to pursue a BLA path. While this will extend our timelines, we are committed to bringing COVAXIN to the US. This differentiated vaccine is a critical tool to include in our national arsenal given its potential to address the SARS-CoV-2 variants, including the delta variant, and given the unknowns about what will be needed to protect US population in the long term,” said Dr. Shankar Musunuri, chairman and CEO of Ocugen.

Several countries do not recognise Covaxin yet as an inoculation against COVID-19. Bharat Biotech has been seeking to get authorisation from the WHO or the FDA or EU regulators to promote Covaxin in regulated markets.

Bharat Biotech announced in late May that it expected to get emergency use listing from the WHO during July-September. Emergency use listing (EUL) is a procedure to streamline the process by which new or unlicensed products can be used during public health emergencies, according to WHO guidelines.

On Wednesday, ANI reported Bharat Biotech expected to release data from the phase 3 clinical trials of Covaxin by July. The company also announced it was looking to conduct phase four trials.

Earlier this week, Ocugen announced it had paid $15 million to Bharat Biotech for rights to market Covaxin in Canada. Ocugen is in discussions with Health Canada for approval to market Covaxin.