Despite pandemic constraints, Indian startups to see surge in fund-raise this year 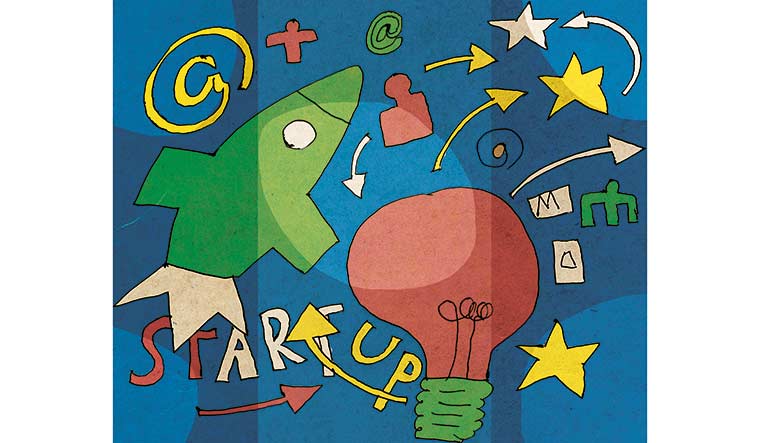 The Indian startup ecosystem is leveraging its optimum digital products and services in the backdrop of a tough environment created by the pandemic. The onset of the current second wave of the pandemic in April 2021 was also the season of unicorns in the country. April 2021 saw six new startups that were labeled as unicorns with a valuation of $1 billion or more. This now takes the total number of unicorns in the country to 32.

As per a recent report by Atom Privé, a wealth management firm, the current pandemic has exacerbated the growth of the internet-using population and has provided opportunities for startups to explore the sectoral horizon expanding into edtech, fintech, healthtech, consumer services and the enterprise technology space in the country.

The report by Atom Prive observes that investors are the backbone of the startup ecospace world over and access to venture capital at the right time is a key driver that fuels the startup ecospace. Between 2016-2020 (up to May), over $63 billion of venture capital (seed stage through to late stage) was invested in Indian technology startups which is a positive sign. The report further points out that in the past decade, trends such as growing urbanisation and a shift in demographics, including a younger population with a higher disposable income and a rise in the individuals’ per capita income, coupled with the expanding internet penetration, contributed to the startup ecosystem in the country.

As per Inc42 Plus, Indian startups are poised to raise $13.7 billion across 1,044 deals in 2021 and the funding amount and deal count is expected to surge 19 per cent and 13 per cent respectively, compared to 2020. This is expected to be the biggest surge in nearly five  years backed by mega deals of $100 million plus invested in growth stage and late stage startups in sectors such as e-commerce, fintech, enterprise technology, edtech, consumer services and healthtech. The seed stage ecosystem is also expected to play a pivotal role in ensuring the momentum of the deal count growth.

As per Praxis Global Alliance, an Indian-origin management consulting firm, technology-enabled startups have turned India into the third largest technology startup hub in the world. They have dominated the funding landscape in India. In the country’s early-stage segment ($2.5 billion), the largest chunk of funds went to startups specialising in SaaS (Software as a Service) and Artificial Intelligence (AI) technologies, followed by online businesses and platforms.

Interestingly, as per the Atom Prive report 90 per cent of the $10.4 billion funding received in 2020 was spread between Bengaluru, Delhi NCR and Mumbai and all the three metros rank among the 10 largest startup cities in the Asia Pacific. As per a survey by Startup Talky, an online platform for founders and other stakeholders of the startup ecosystem, Bengaluru is the startup capital and hub of the country with a total funding amount of $28 billion across 1,876 deals from 2014 to 2020. Between 2014 and 2020, 33 per cent of the total seed-stage funding deals in India were bagged by Bengaluru-based startups. An overall of $1 million was the median ticket size of the bridge stage funding in Bengaluru  between 2014 and 2021.

Bengaluru-based startups raised $7.4 billion from 625 funding deals between 2014 and 2020. At the same time, Bengaluru dominates late stage funding in India with $23 billion raised from 294 deals between 2014-2020. On the other hand, Pune and Hyderabad are emerging hubs with an annual growth rate of 45 and 37 per cent respectively. In the tier-II segment, Jaipur and Goa have earned their spot in the top 10 startup hubs list as of 2020, based on the number of funding deals.

As per the total merger and acquisition count, despite an anticipated consolidation wave, the Merger and Acquisition (M&A) count was lower in 2020 than 2019 with 81 M&A count in 2020 when compared to 111 (M&A) in 2019. Interestingly, the enterprise technology startups saw the maximum number of mergers and acquisitions between 2015 and 2020. Market experts say that with the adoption of internet-based solutions in the country expected to continue growing, the investor confidence will remain boosted in the start-up ecosystem in 2021.