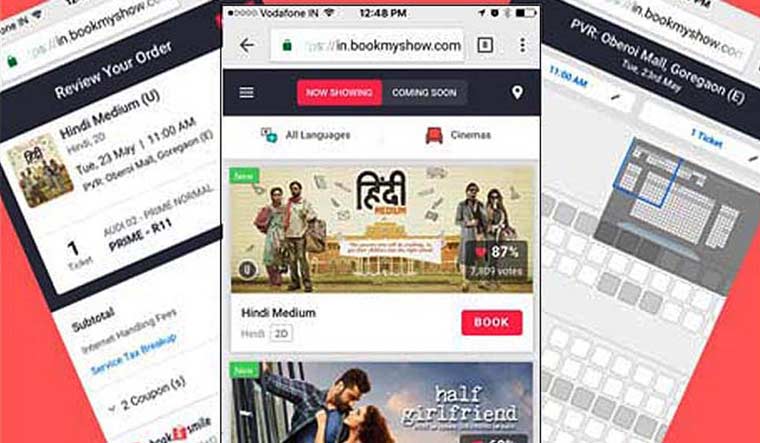 Gopal, the founder of the Forum Against Corruption, had earlier filed an RTI with the RBI and IT Ministry asking whether BookMyShow was authorised to “levy or take special charges on consumers calling it internet usage fee” and if authorisation had been given. The response from the Public Information Officer said the ITE&C Department had issued “no such authorisation” to the companies to collect service charges, following which Forum Against Corruption moved the Hyderabad consumer court.

Welcoming the order, Gopal however said the amount fined was “unfortunate” given BookMyShow had “20 years of wrongful gains” the News Minute reported.

PVR and BookMyShow were fined Rs 5,000, which will go to the Consumer Legal Aid Account. They will also have to pay Rs 25,000 as compensation and an additional Rs 1,000 towards litigation costs for Gopal.

The court called the “internet handling charges” unfair and ordered the companies to restrain from collecting a fee of more than Rs 6, saying this was the cap for Andhra and Telangana based on Section 6A of the IT Act, 2000, which pertains to delivery of services by a service provider.

In a tweet, Gopal said the judgement is applicable to all those who provide service as aggregators.