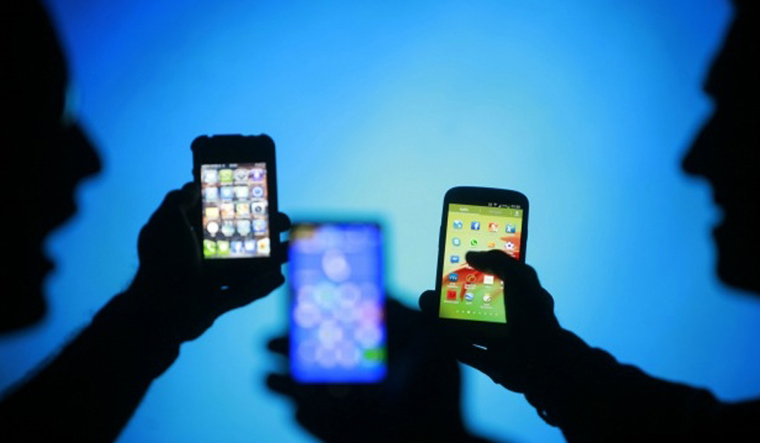 The average time spent by Indians on smartphones is the highest in the world and the duration for watching short videos is likely to rise fourfold by 2025, telecom gear maker Nokia said in a report on Thursday.

The annual report, Mobile Broadband India Traffic Index, (Mbit) 2021, found that India ranked second in the world in terms of broadband usage on mobile phones after Finland, and the data traffic in the country has increased around 60 times over the last five years, which is also highest globally.

"In the last five years, we have grown 63 times in terms of data growth that has happened. It is phenomenal. It is a record. I don't think any country, any region, any market can beat this record of how data have been consumed in the last five years," Nokia chief marketing officer Amit Marwah said while sharing details of the report.

"An average user in India has increased his consumption on smartphones by 4 times in the last year. An average person consumes close to 5 hours per day, in fact, it is 4.48 hours per day, on their devices. Even from today, we will grow 4 times more in terms of more content getting used," Marwah said.

Almost 55 per cent of this consumption is being now spearheaded by short content, which is available on channels like YouTube, social media and other OTT apps and the rest of the 45 per cent is getting consumed on other kinds of content like fintech, e-commerce and other kinds of browsing activities.

The consumption pattern on smartphones is driven by the enablement of short videos, penetration of high-end devices and attention of millennials over short content.

Marwah said the need for fixed broadband connections in the country increased in 2020 due to work from home.

Fibre-to-the-home (FTTH) and fixed wireless are going to see huge growth in years to come. In December 2014, there were 690 thousand homes that were connected with FTTH, which grew over 5-fold to 4 million in December 2020, the report said.

There were just 22 million fixed broadband (FBB) subscribers in 2020 and the revenue of the segment is expected to increase 1.5 times by 2025.

The time spent on education apps increased 30 per cent and OTT traffic increased 265 per cent in April 2020 since February 2020.

According to the report, the 700 megahertz (MHz) spectrum band is suitable for 5G coverage, but the data speed will be very poor.

Marwah said that the quantum of the spectrum will be very small in 700 Mhz, which is more expensive compared with other bands, therefore the data speed will be very low.

The Nokia report suggests telecom operators should have 100 Mhz of spectrum in 3.4 to 3.8 GHz frequency range for good coverage and data speed. The top speed expected on a 5G network is 1 gigabit per second (Gbps).

The Department of Telecom has informed a Parliamentary panel that it expects to hold another round of auctions in 2021, after which 5G services can be rolled out.

According to the report, there were about 2 million 5G devices active in the country, while 150 million 4G capable devices were shipped in India in 2020.

"Around 100 million subscribers having LTE (4G) capable devices are still on 2G and 3G services. 4G-capable device penetration reached 77 per cent at a pan-India level in 2020," the report said.

Nokia chief technology officer Randeep Raina said 2G is not going to be shut anytime soon because there are 300 million feature phones that are running on the network.