Koo app: All about India's 'Atmanirbhar' alternative to Twitter 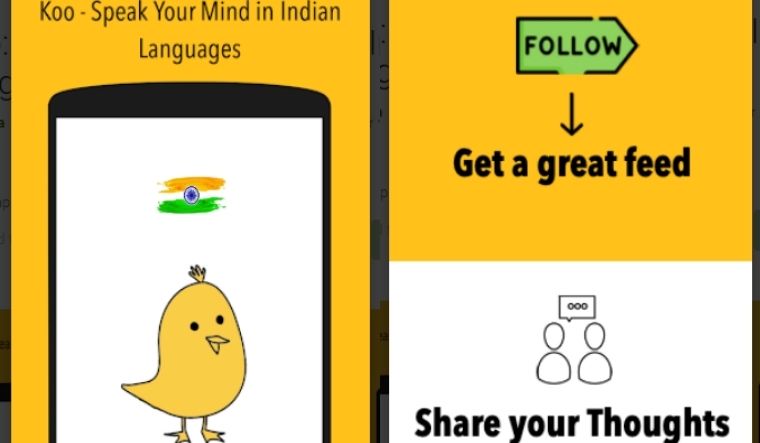 What's in a name, they ask. But what if the name rings a bell and reminds you of something you use in your day-to-day digital lives. That's what perhaps the developers of Koo, an Indian version of Twitter, thought while naming the app.

The desi Twitter has gained attention after Union ministers, including Ravi Shankar Prasad and Piyush Goyal, and Madhya Pradesh chief minister Shivraj Singh Chauhan signed up as users. The current dispensation at the Centre seems to be promoting India's Atmanirbhar alternatives to Twitter as the Jack Dorsey-led microblogging platform seems to be embroiled in a standoff with the Indian government over the blocking and unblocking of accounts linked to the farmer protests.

On Wednesday, Twitter released a statement explaining its actions against accounts flagged by the Indian government. Stating that certain accounts were withheld in India, Twitter emphasised that it will continue to advocate for the right of free expression of its users and that it is “actively exploring options under Indian law — both for Twitter and for the accounts that have been impacted”.

Soon, in an unprecedented move, the Centre took to Koo to share its response to the Twitter statement. "Upon the request of Twitter seeking a meeting with the Govt., the Secretary IT was to engage with senior management of Twitter. In this light a blog post published prior to this engagement is unusual. (The) govt will share its response soon," the post read. The same statement was released from the IT ministry's Twitter handle later in the day.

Soon, as ironic as it sounds, #BanTWITTER and #kooapp started trending on Twitter.

What is Koo app?

Launched in March 2020, Koo, is a social media app developed by Bengaluru-based Bombinate Technologies Private Limited as India's answer to Twitter. Users can post opinions on Koo publicly with a character limit of 400 and follow other users as well. One can also post audio or video-based posts. A feed shows posts from other users.

The app gained over a million subscribers after it won Prime Minister's Aatma Nirbhar Bharat App Innovation Challenge along with other India-made apps like Zoho and Chingari. In fact, PM Narendra Modi even encouraged Indians to use the Koo app in one of his Mann Ki Baat speeches, too.

Koo is co-founded by Mayank Bidawatka and Aprameya Radhakrishna, a tech entrepreneur based in Bengaluru. “We started working on this app since November 2019. We wanted to get the voice of Indian language speakers on the internet. Existing platforms focus on the 1 per cent who speak in English. We launched in March 2020, which coincided with COVID,” Radhakrishna, CEO and co-founder for Koo told indianexpress.com.

Radhakrishna has been a serial entrepreneur. He was one of the co-founders of online cab booking service TaxiForSure, which was subsequently sold to Ola Cabs. Prior to Koo, Bombinate Technologies launched and is operating the Indian version of Quora called Vokal.

Bombinate Technologies raised Series A funding in 2018 from a clutch of investors including Blume Ventures, Kalaari Capital and Accel Partners India, according to data sourced from Crunchbase. In the latest round of funding announced earlier this month, former Infosys CFO TV Mohandas Pai’s 3one4 Capital also joined the list of those investing in Bombinate Technologies.

True to what Radhakrishna said, Koo lets people post in their language. When you are signing up, it lets you choose from Indian languages at the time of setup. However, you can only choose one language. The languages supported at the moment are English, Hindi, Kannada, Telugu, Tamil Marathi, Bengali, Malayalam, Oriya, Punjabi, Assamese, and Gujarati.

Members of Parliament Tejasvi Surya and Shobha Karandlaje, Karnataka Chief Minister B.S. Yediyurappa, Isha Foundation’s Jaggi Vasudev, former cricketers Javagal Srinath and Anil Kumble are among the politicians, ministers and celebrities to have joined the app. The Union IT Ministry, India Post and the Niti Aayog are among the government departments to have an account on the app.

Koo joins a league of other apps such as Tooter app, Elyments, Namaste Bharat and Mastodon, which had gained popularity with Indian Twitter activists back in November 2019. Baba Ramdev’s Patanjali Ayurved had also tried its hands at social networking with its own Kimbho app in 2018 but the plan didn’t take off amid privacy concerns.