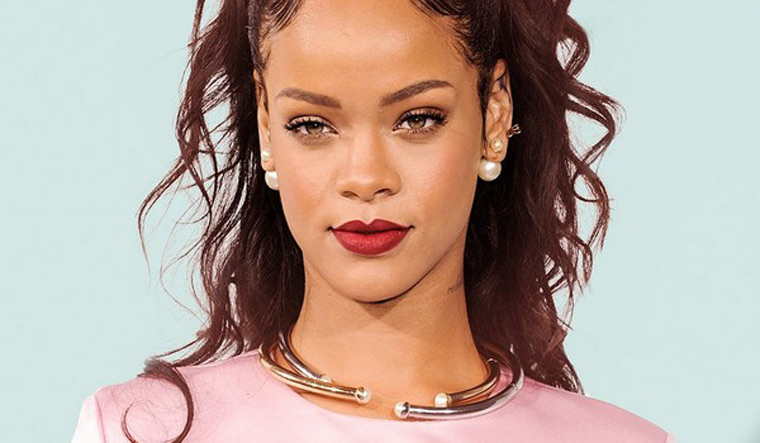 Pop star Rihanna's beauty company has come under the lens of the National Commission for Protection of Child Rights (NCPCR) to investigate if the company sources mica from Jharkhand where child labourers work in dire conditions. Rihanna, whose tweet attracted international attention to the farmers' protest against the new farm bills, was in headlines after the Indian government issued a statement targeting the icon's comments on "India's internal matter".

The complaint filed by Vinay Joshi of Legal Rights Observatory has asked the NCPCR Chairperson to check if the US pop star’s cosmetic product company, Fenty Beauty brand which procures mica from Jharkhand’s Koderma, Giridih and Nawada has Supply Chain Clearance Certification and if not, then the NCPCR should initiate action against the company. "As per reports, US pop star Rihanna’s beauty product ‘Fenty Beauty’ uses blood mica from Jharkhand in which child labourers work in dire conditions. To ascertain that the mica is free of child labour, there are certificate agencies. But media reports say that Fenty Beauty don’t have supply chain clearance certification (SCCC) from either of the two," the complaint reads.

It is to be noted that Legal Rights Observatory is an RSS-affiliate organisation. According to media reports, NCPCR chairman Priyank Kanoongo said the commission was looking into the matter and “would do the needful”.

In the complaint, Joshi said that to ascertain that mica is free of child labourers, there are certification agencies. “But media reports say that Fenty Beauty doesn’t have Supply Chain Clearance Certification (SCCC) from either of the two,” the complaint said.

Rihanna Fenty’s fentybeauty has declared that it does not conduct mandatory audits in regards to Suppliers Code of Conduct under the Californian law for human trafficking, slavery and child abuse – a clever way of saying they might be using child labour, Indian intelligence sources alleged.