A preliminary analyses sees a Hyperloop running at 1,080kmph to the airport 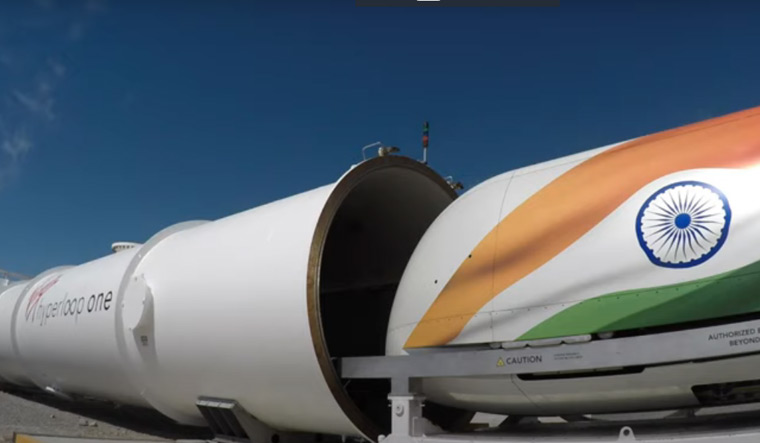 Screenshot from the video released teasing the proposed Hyperloop for India

Hyperloops are a proposed means of mass transport based on an open-source design by Tesla and SpaceX, wherein a sealed tube with low air pressure is used to transport a pod without any air resistance, allowing speeds of over 1,200km/h.

According to a joint press release by Virgin Hyperloop and BIAL, the pre-feasibility study will focus on technical, economic and route feasibility and is expected to be completed in two phases of six months each. “With speeds of up to 1,080 kmph, hyperloop could transport thousands of passengers per hour from BLR Airport to the city center in under 10 minutes, according to the preliminary analysis,” the release said.

“As India’s hub for technology and innovation, Karnataka is embracing hyperloop as a way to keep pace, support clean growth, and open new opportunities for the city,” said Mr. Jay Walder, CEO of Virgin Hyperloop. “A hyperloop-enabled airport would not only allow for faster travel times, it would create a 21st century passenger experience and expand airport capacity.”

“At BIAL, our vision is to make BLR Airport the new gateway to India by transforming it as a transportation hub. We are excited to take this landmark step which can catalyse the economic growth of the state of Karnataka and the region. Technological innovation is key to building and sustaining world-class transportation hub, and this study is an important step forward. This mode of transportation offers enormous economic potential, connecting passengers at unprecedented speeds, with zero emissions,” said Mr. Hari Marar, MD & CEO, BIAL.

The release says travellers can streamline their multimodal trip with seamless check in and security—for both their hyperloop as well as air travel at centrally-located hyperloop portals.