Apathy of pharma industry and its effects on surface water ecology 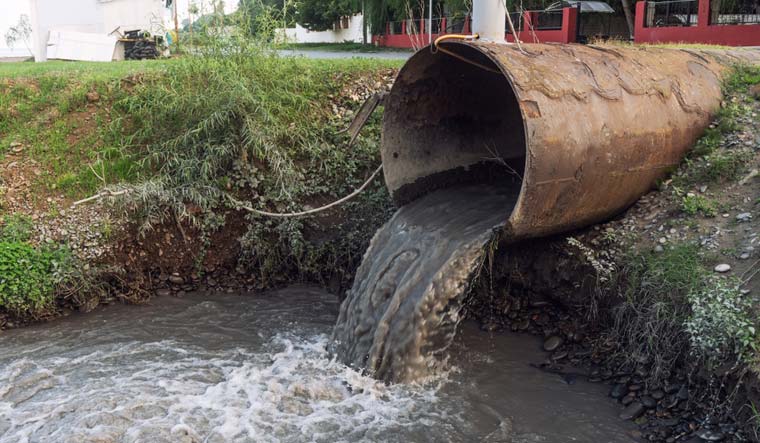 Increase in global demand for drugs has made pharmaceutical industry one of the major polluters of the environment. India is known as ‘Pharmacy of the World’ and over 30 per cent of 5,000 pharmaceutical units operating in India are located in the two Telugu states, mostly in and around Hyderabad, the joint capital of Telangana and Andhra Pradesh. Telangana government aspires to leverage the life sciences and pharmaceutical sector and create a USD 100 billion industry in the coming decade. Hyderabad city has no outlet for sewage and wastewater disposal other than Musi, Hyderabad city discharges about 600 million litres of untreated sewerage water into Musi River per day converting it into a sewage canal, with a very grave river ecology, and a source of contamination for the ground waters around the areas of Musi.

According to estimates, about half of the global wastewater from pharmaceutical industries is released without any recommended pre-processing. Inadequately treated, wastewater discharged into the aquatic environment causes severe pollution that adversely impacts aquatic ecosystems and public health. Pharmaceutical industrial wastewater has been reported to contain a high level of pollutants because of the presence of non-biodegradable organic matter such as antibiotics, other prescription drugs, non-prescription drugs, animal and plant steroids, reproductive hormones, betalactamides, anti-inflammatories, analgesics, lipid regulators, anti-depressants, cytostatic agents, personal care products, detergent metabolites, flame retardants, product of oil use and combustion, and other broadly used chemicals, i.e., spent solvents, reaction residues, used filter media, heavy metals (such as lead, mercury, cadmium, nickel, and chromium), etc. Presence of pharmaceutical chemicals in environment is critical due to their acute toxicity, including genotoxicity and mutagenic potential.

Pharmaceutical compounds are typically produced in batch processes leading to the presence of a wide variety of products in wastewaters which are generated in different operations, wherein copious quantities of water are used for washing of solid cake, or extraction, or washing of equipment.  Almost every stage produces mother liquor that contains unreacted reactants, products, coproducts/byproducts, and residual products in the organic solvent base. Acids, bases, halides, nitrates, sulphates, cyanides, and metals may also be generated. No single technology can completely remove pharmaceuticals from wastewaters. Waste streams from industrial processes are normally treated using a variety of techniques including heat treatment (Zero liquid discharge, ZLD) being easy to control and to validate. However, it produces challenges for disposal or recycling routes for the heat-treated biomass (e.g. food, feed, fertilizer, land reclamation, landfill and incineration) with varying degrees of impact on the environment. Pharmaceutically active compounds, APIs, are of major concern because of their intrinsic biological activity, which can lead to fatal consequences. A number of studies have identified specific chemical components in pharmaceutical effluents and demonstrated their toxic effects on living organisms. Experimental studies using root growth test showed drastic inhibition of root growth occurred at effluent concentration ≥ 50 per cent (v/v). Further, different concentration ranges of effluent exhibited various chromosomal aberrations, namely c-mitosis, chromosome loss, chromosome break, micro-nucleated cells, etc indicating the toxic and genotoxic effects of chemicals present in the pharmaceutical effluent.

Superbugs are known to breed in wastewater treatment plants and release extracellular antibiotic resistance genes when they are killed as the effluent is disinfected. These ARGs are then discharged and may transform indigenous bacteria in the receiving environment, which become “resistome reservoirs”. The process of natural transformation allows for the stable uptake, integration, and functional expression of extracellular DNA. This mechanism of horizontal gene transfer has been widely linked to the acquisition of antibiotic resistance and virulence factors. Bromoacetic acid (BAA)—a regulated drinking water disinfection byproduct (DBP)—stimulates natural transformation rates in model bacteria.  It is therefore necessary to inactivate waste by validated procedures rendering cell free DNA non-functional, by both reducing DNA fragment size below functional entities or altering the composition and structure of the DNA with ability to transform bacteria in water bodies.

Antimicrobial Resistance (AMR) threatens the very heart of modern medicine.  Everywhere in the world, common infections are becoming resistant to the antimicrobial drugs. By 2050, AMR will cause ten million human fatalities annually and lead to a USD 100 trillion loss in GDP worldwide. When assessing the risk of horizontal gene transfer, it has to be taken into account that such transfer occurs in natural environments at a very low rate, and subsequent expression and spread of genetic traits will only occur if the transformation would result in a fitter organism under the appropriate selective pressure.

Treatment plants bridge the gap between human and natural environments, so both resistant and non-resistant bacteria are able to reach the freshwater ecosystem. With treated waste water increasingly being used in agriculture for sustainable water management, resistant bacteria may find their way into our food as well. What is required is a shift from a human health perspective to a systems perspective, taking into account these important aspects.  Implementing change is not possible without concerted action from all sectors and states. International regulations should be adopted immediately and legally binding global surveillance is desirable. There is no time to wait—AMR is a real threat and is fast reaching the point of no return. Taking it one step further, the strategy adopted for human and animal health should also include special regard to wastewater and industry effluents.