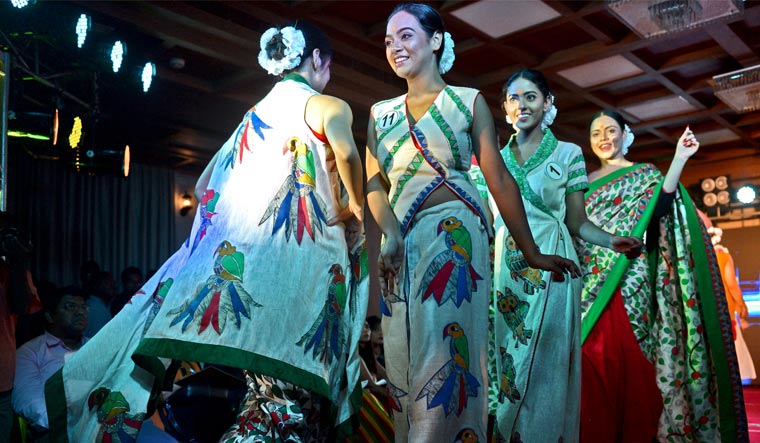 India's textile industry is the example of a success story that never really got around to getting its happily ever after. Somewhere along the way, growth flattened out in the face of nimble new competitors and domestic conundrums. Now, the industry is girding up its loins for another push at the big prize.

There's more to this story than China's weakened positioning as the 'factory of the world' post-Covid.

For the Indian government, a spurt in textile industry growth is pivotal to the whole 'atma nirbhar Bharat' strategy—textiles, along with pharma, steel, agricultural products and defence are the core areas the government is hoping to get a major export push through the PM's grandiose scheme to get out of COVID pains.

Ravi Capoor, secretary, Union ministry of textiles, said COVID-19 may have affected market conditions, but has also opened up new vistas for the Indian textile industry to gain market share of China in the developed world, especially the EU and the US. “Various countries are looking at Indian markets and it's time to gear up supply chains, quality, and deliver at the promised schedules, which will enable India to become a market leader,” he said, adding that India needs to expand beyond the few markets it is currently concentrated in. “We should expand in the markets India has never been present in... This is the time for the textile industry to increase its market and take advantage of international markets.”

Just as well. Despite showing great promise, India's massive textile industry, worth 2 per cent of its GDP and employing 4.5 crore, has faltered in hitting the global bulls eye in recent years. From a 15 per cent share of India's exports four years ago, it fell to 12 per cent last year. This even while small countries like Vietnam and Bangladesh have raced ahead as the new favourite outsourcing hub for international garment makers, including those leaving China.

The result? Vietnam is now the world's third biggest garment manufacturing nation, while the tiny Bangladesh's garment exports rose from $26 billion to more than $33 billion in the last five years, while India's has remained stagnant at around $40 billion. Worse, more than half of this is textiles, with finished garments at just $16 billion (a fall from $18 billion four years ago).

Can that change now, with businesses looking at a manufacturing alternative to China following the US trade war and the ill effects of Covid on supply chains making corporates realising the foolhardiness of depending on one country for all your needs? The Atma Nirbhar Bharat Abhiyan hinges on its success. An official team from the commerce and industries ministry, headed by secretary Anup Wadhawan recently gave a detailed presentation to the Prime Minister's Office and Cabinet Secretary on a road map for core sectors that had the most potential, including textiles.

Reports indicate that plans for mega textile parks and a 'focus product scheme' for artificial fibres (India's over-dependence on cotton has been cited as one of the reasons for the sector's sluggish growth, with market changes demanding more man-made fibres) are on the anvil, alongside policy changes to fast-track investments and enable start-ups.