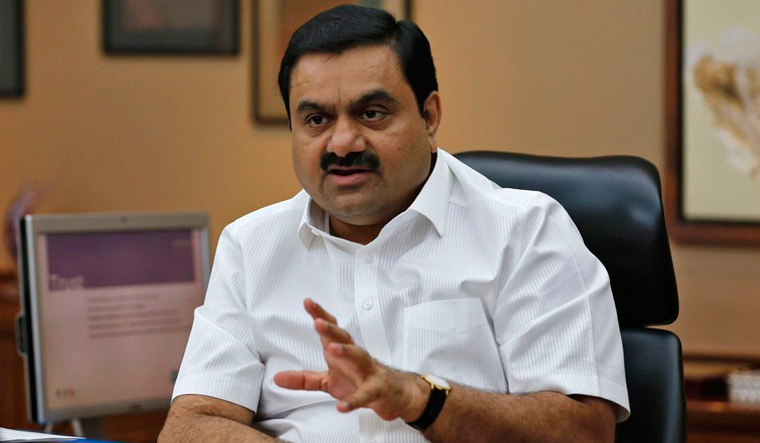 India's aviation sector is going through its biggest crisis—three-month long total shutdown of operations, followed by below-normal schedule and passenger load have left airlines, airports and ancillary services struggling for survival. IATA estimates passenger loads this year to be just 49 per cent of last year. But for Gautam Adani, it is as if all those are minor air pockets en route to his flightplan to soar high as the big daddy of Indian aviation.

If that happens, it will truly be a rising from the earth to soar high in the skies, considering a substantial chunk of his fortune originally stems from the mining business.

Even the present turbulence around his ambitious plans for Mumbai and Thiruvananthapuram airports may only have the potential to delay, but not deny him this crown, many feel. While the Kerala government has risen up in arms against the Centre's decision to hand over the state capital's international airport to Adani ignoring its pleas, the stakes are much higher when it comes to Mumbai. This is because Mumbai International Airports Limited (or MIAL) not only operates Chhatrapati Shivaji International, India's second busiest airport, but it also owns the upcoming airport at Navi Mumbai, which has great potential.

GVK group, the original promoter of MIAL, has been lashed by mounting debts, worries over loan dues and slipping airport revenues with the pandemic disruption adding to their woes. Compounding matters have been Central Bureau of Investigation (CBI) probes and Enforcement Directorate (ED) raids on the promoter family over alleged siphoning of funds and other irregularities. GVK had been desperately looking for a buyer for its stake in MIAL—it holds just over half of MIAL, with Airports Authority of India (AAI) holding 26 per cent, Airports South Africa (ACSA) holding 13.5 per cent and South African trading company Bidvest rounding out the remaining 10 per cent.

While rumours have been rife that the Reddy family of GVK have come to an understanding with Adani, the stake sale might run into rough weather considering that there was an earlier agreement to sell stakes to a combine of the National Investment and Infrastructure Fund (NIIF), the Abu Dhabi Investment Authority and Canada's Public Sector Pension. It is expected that MIAL will see some legal wrangling before a denouement.

That apart, Adani's aviation dreams are on accelerated mode. Following a 2018 cabinet's decision to privatise several profit-making airports run by the government-owned AAI, Adani had walked away with the 50-year lease rights to six airports, namely Ahmedabad, Lucknow, Mangaluru, Jaipur and Guwahati, beside Thiruvananthapuram. While the contract for the first three were completed earlier this year, Adani had not taken them over, invoking force majeure delay and requesting that it be kept on hold till next year considering the pandemic situation and the expected fall in traffic.

Meanwhile, the Union cabinet, earlier this month, decided to hand over the remaining three also to the company. The six AAI airports as well as the twin jewels in Mumbai would make Adani Enterprises the biggest private airport operator in India, surpassing GMR, which runs Delhi and Hyderabad, as well as the upcoming new airport in Goa (it had also got the contract for Nagpur, though it is now stuck in legal wranglings).

An airport operator earns revenue in three distinct ways. One is the direct revenues from airlines, maintenance and re-fuelling as well as cargo and user fees, parking, etc. Then there is the income from duty-free, rental of shops and other commercial establishments in the airport complex, advertising space as well as development rights to land adjacent to the airport. The last one, as seen from the Aerocity example of GMR in Delhi, could be a massive real estate spin-off, with commercial development of hotels, shopping malls, etc on this land.

The revenue per passenger, as is estimated in this case, comes to around Rs 80 on average for the six AAI airports, while for a metro airport like Mumbai, it could be as high as Rs 300. Once the situation improves, this could go as high as Rs 600, analysts project.

Interestingly, Gautam Adani's initial infrastructure foray was into sea ports. From the first one, Mundra in Gujarat, he scaled up to become the biggest private seaport operator in the country, with the upcoming Vizhinjam port project in Kerala slated to be a megaport. His ambitions may not be limited to just running airports—rumours abound that the group would be a strong contender once the delayed Air India disinvestment gets going, despite contractual hassles that limit airline owners from holding majority stakes in AAI-owned airports.