Hindu Investment and Reserve Bank will be launched on Ganesh Chathurthi 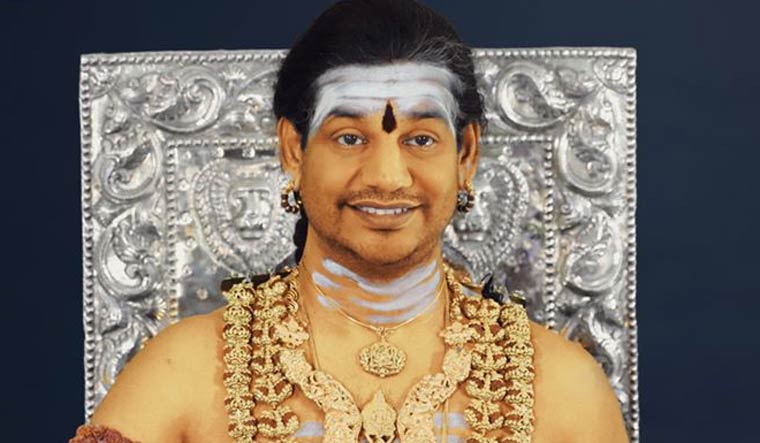 Eight months after setting up the 'Republic of Kailasa' on an island off Ecuador in South America, rape-accused fugitive and self-styled godman Nithyananda has now established a central bank for the nation he founded. The ‘Hindu Investment and Reserve Bank’ will be launched on Saturday, on the occasion of Ganesh Chathurthi, Nithyananda said in a video released recently.

“On Ganesh Chaturthi with the grace of Ganapati, we are going to be revealing all the absolute, complete details of the Reserve Bank of Kailaasa and the currencies… It’s all ready,” the godman can be heard saying in the video. He goes on to claim in the video that "his country" has signed a Memorandum of Understanding with another country, which is all set to host their central bank.

The design of the bank will be based on Vatican Bank, the most secret bank in the world. The Vatican's economy is shrouded in secrecy, with some believing its financial numbers are more general than accurate. The bank has been at the centre of numerous financial scandals.

Nithyananda's Kailaasa seems to be heavily inspired by the Vatican. The Kailasa website recognises Nithyananda as the Supreme pontiff of Hinduism HDH Sri Nithyananda Paramashivam who is dedicated to the establishment of the greatest Hindu nation on the island. And now, the reserve bank of Kailasa seems to be the first step towards making the island a Vatican equivalent for Hindus.

However, unlike the Vatican Bank, the ownership of the Kailasa bank will be decentralised "so there is trust and ownership". The one-of-its-kind bank is "an investment vehicle to centralise Hindu devotee cash flow" and "will attract investment from the entire Hindu community", says the Kailasa website.

"At a more ambitious scale, our aim is to create a Hindu Reserve Bank, which creates its own supply of money that is not contaminated by fiat currency. Imagine that this currency is the only one accepted in the Paramashiva economy—to participate in the dharmic economy, one that is aligned with the cosmic laws, one that will give them enormous spiritual rewards and multiple returns on investment, people have to use this currency. An ideal way to create such a currency is through cryptocurrency," the website adds.

On the face of it, the bank has the potential to become a potential money laundering vehicle when married with the idea of cryptocurrency. Cryptocurrency money laundering is fast emerging as a safe option for criminals. They do this by opening online accounts with digital currency exchanges, which accept fiat currency from traditional bank accounts.

Money is moved from one cryptocurrency into another, across digital currency exchanges, to create a money trail that is almost impossible to track. Once the money’s origin is properly murky, the funds are integrated into the legitimate financial system.