Currently, Musk is the 7th richest globally, while Ambani is at 9 and Buffett at 10 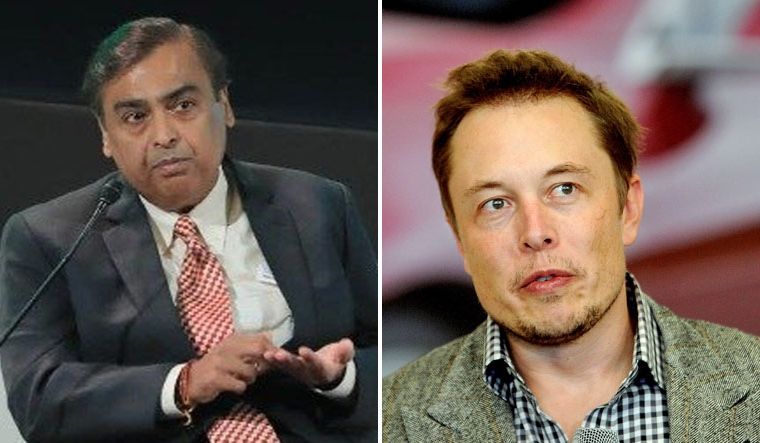 According to the Bloomberg Billionaires Index, the RIL chairman is now worth $70.2 billion, surpassing Buffett’s $69.2 billion as of Friday. Ambani has added $11.6 billion to his wealth this year.

Not just Ambani, Tesla CEO Elon Musk has also raced past the 89-year-old 'Oracle of Omaha'. Musk's net worth soared to $70.5 billion after a 10.8 per cent jump in Tesla's stock. Tesla's shares have surged 500 per cent over the past year as the company increased sales of its Model 3 sedan.

Musk is currently the seventh richest in the world, while Ambani is at the ninth position, according to the Bloomberg index.

The Berkshire Hathaway chairman dropped to the tenth position after shedding $21.4 billion this year owing to global stock market crashes and contributions to charity. The erosion of market value has even started to cast doubts over Buffett's investment methods.

With RIL raising a total of Rs 1.16 lakh crore in investment and Rs 53,000-crore through rights issue, Ambani's wealth swelled in 2020. He is the lone Asian in the global top 10 richest list. Ambani owns 42 per cent in RIL, owner of the world's largest oil refining complex.