Hero, Bajaj, TVS have kept China at bay. What India can learn from them 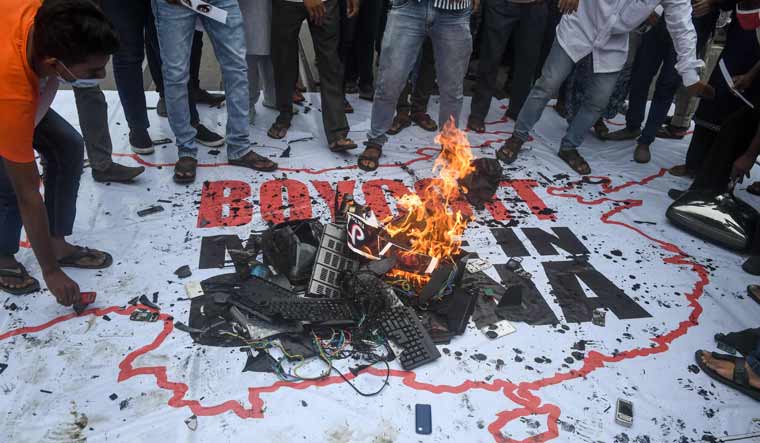 In 1920, Mahatma Gandhi launched the Non-Cooperation Movement for self-reliance against the British rule in India. The movement not only encouraged the Indians to boycott British products, but also give up their honorifics, boycott government educational institutions, and even the courts and other services. Buying Indian goods instead of British ones helped revitalise the local economy, and it affected Britain's economy at home.

It was a different style of politics.

Now, India is no longer threatened by Britain, but faces a much bigger rival—China. As the Indian economy opened for more global investments in the last decade, China's presence in the Indian economy increased manifold. Officially, Chinese investments in India stand at $2.34 billion, but experts say the figure may be between $6-8 billion. Chinese companies like Xiaomi, Alibaba, Tencent, and 'China-Eurasia Economic Cooperation Fund' have major investments in Indian start-ups, which focus on innovation and technology in fields like online trading and aggregation. Indian companies like Flipkart, Snapdeal, Big Basket, Swiggy, Paytm, Ola, Byju’s and MakeMyTrip have major investment by Chinese companies. As one of the world leaders in telecom infrastructure, Huawei is a major player in India, too.

Moreover, Chinese companies like Xiaomi and BBK-owned brands like Vivo, Oppo and Realme, and others have overtaken Samsung and Nokia, to account for over 70 per cent of Indian smartphone business.

So, boycotting Chinese products means boycotting Indian companies, too, in a way. As the complexity of an economic activity grows—by import and export—the difficulty to sort out the origin of a product also increases. Most of the multinational companies have a distributive model of development and production. So, the final product cannot be called a product of a particular nation.

For instance, a major chunk of Apple iPhones are produced in China. Does that make the iPhone a Chinese product? Or, will India boycott Apple products? Boycotting Apple would bring upon the wrath of the Americans, rather than the Chinese.

Among automakers, Swedish-origin Volvo is owned by China's Zhejiang Geely Holding Group. Around 200 Italian brands are also now owned by Chinese companies. There are no strict boundaries, now. Tata owns Land Rover, Jaguar, Corus Steel and Tetley Tea. Bajaj, which is an active player in world's motorcycle market, owns around half of the shares in popular Austrian bike manufacturer KTM. One of the premium men's clothing brand, Peter England, which provided British soldiers with fine khaki trousers during the Boer War, is now owned by the Aditya Birla group.

In short, sorting out a product that has Chinese origin and boycotting it is never easy, and it rarely affects the market.

So, instead of calling for a boycott of Chinese products, we should take a leaf out of the success stories of Hero, Bajaj and TVS. These three automobile companies effectively controlled Chinese 'invasion' in their respective business domains, by setting up world-class research and development centres, and recruiting talents from Indian campuses and improving the product quality. They succeeded in giving world leaders like Honda, Kawasaki and Suzuki a run for their money in the bike-manufacturing segment.

Bajaj has stake in KTM, and acquired Husqvarna, a Swedish motorcycle maker. Thus, Bajaj could improve their products range and quality rapidly. In order to find budding talents, Bajaj extensively did campus recruitments and set-up world class R&D centres that helped in innovation. Bajaj is popular even in Africa and Latin America. The Pulsar range of motorcycles changed the destiny of Bajaj—once an ailing Indian scooter manufacturer. Now, Bajaj's exports exceed its domestic sales. It has presence in 70 countries across the globe. Bajaj and TVS control over 40 per cent market share for motorcycles in Africa. A decade ago, around 200 Chinese motor companies were operating in Africa. Now, it is down to 40, because of the influence Indian motorcycle manufactures.

In 2014, Hero appointed Markus Braunsperger as the chief technology officer who is responsible for the research and development. Markus had 25 years of experience with BMW in various roles before joining Hero Motors. Hero capitalised on his experience and became the world's largest manufacturer of motorcycles in numbers. TVS took a different approach, by tying up with BMW to produce new products for both companies, thus keeping both the Chinese and Japanese companies at bay. TVS produces and distributes BMW bikes in India. In return, BMW helps TVS build bikes with international standards.

India can replicate these success stories in other sectors to fight China internally and globally. Boycotting Chinese products may prove to be a bane rather than a boon, since Indian manufacturers are still dependent on China for cheap supply of components for their products. Maruti Suzuki and Bajaj, for instance, have resisted India’s move to increase tariffs on Chinese imports in the country. They argued that Chinese imports were necessary for manufacturing vehicles and also, vendors need it more than the manufacturers.

So, knee-jerk reactions like boycott of Chinese products, with the support of the Union government, are best avoided. Instead, India should adopt a diplomatic approach to keep China in check at the border, while keeping them at bay in the market using methods Hero, Bajaj and TVS adopted.