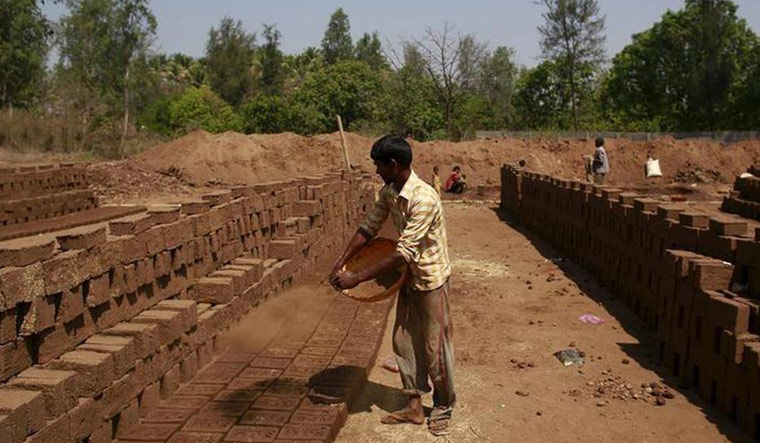 Around 12.2 crore Indians were rendered jobless due to the coronavirus-induced lockdown in April | Reuters

India’s unemployment rate in May rose to 23.48 per cent, but is marginally lower from 23.52 per cent in April, according to data released by the Centre for Monitoring Indian Economy (CMIE) on Monday, reflecting the impact of coronavirus pandemic. The narrowing rate is a slight breather as the COVID-battered economy is looking to resume normalcy in June after more than two months of lockdown.

Last month, CMIE had reported that around 12.2 crore Indians were rendered jobless due to the coronavirus-induced lockdown. The worst have been daily wage workers and those employed by small businesses. These include hawkers, roadside vendors, workers employed in the construction industry and many who eke out a living by pushing handcarts and rickshaws.

A week ago, CMIE had said that India's unemployment rate had risen to 24.3 per cent in the week ended May 24. It had then said that 3.3 crore Indian youths in their 30s had lost jobs in April, while another 1.4 crore in the 25-29 years bracket were jobless. As on May 25, India’s average unemployment stood at 24.5 per cent, where urban unemployment was at 26.3 per cent and rural at 23.7 per cent.

Meanwhile, India's output of eight core industries contracted by a whopping 38 per cent in April due to the COVID-induced nationwide lockdown, data released by the Ministry of Commerce and Industry showed on Friday.