12.2 crore Indians lost jobs in April due to lockdown: Report 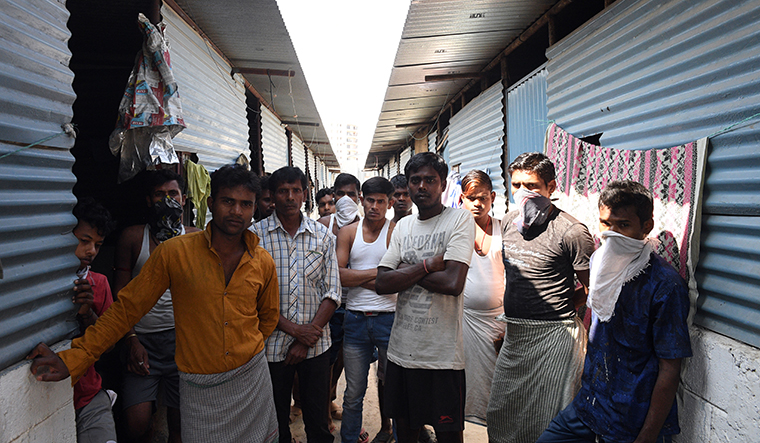 Around 12.2 crore Indians have been rendered jobless in April alone due to the coronavirus-induced lockdown, reported Bloomberg citing a report from the Center for Monitoring Indian Economy (CMIE), a private sector think tank. The worst have been daily wage workers and those employed by small businesses. These include hawkers, roadside vendors, workers employed in the construction industry and many who eke out a living by pushing handcarts and rickshaws, the report said.

CMIE had recently said that India's unemployment rate had rose to 24.3 per cent in the week ended May 24. It had then said that 3.3 crore Indian youths in their 30s had lost jobs in April, while another 1.4 crore in the 25-29 years bracket were jobless. As on May 25, India’s average unemployment stood at 24.5 per cent, where urban unemployment was at 26.3 per cent and rural at 23.7 per cent.

According to CMIE, job losses among the young population would have implications on savings. “While households may well conserve cash during these times, the loss of jobs among the young deprives households of the extra cash that is mostly saved for either buying a house or durables or for retirement,” it said, adding that this loss of savings will have long term implications.

The CMIE report paints a grim picture of what lies ahead for India. The World Bank has estimated that Indian might become a major contributor to global poverty as a result of the pandemic's economic destruction with some 12 million of its citizens will be pushed to the very margins this year.

The country, which has been able to produce significant results in eradicating poverty over the past decade, will see its mitigation efforts negated in a matter of just a few months due to the COVID-19 lockdown. According to experts, India risks more deaths from poverty and hunger than coronavirus infection.

According to a United Nations University study, 10.4 crore Indians could fall below the World Bank-determined poverty line of $3.2 a day for lower-middle-income countries. This will take the proportion of people living in poverty from 60 per cent—or 81.2 crore currently, to 68 per cent or 92 crore—a situation last seen in the country more than a decade ago.