Uber has resumed services in many parts of the world 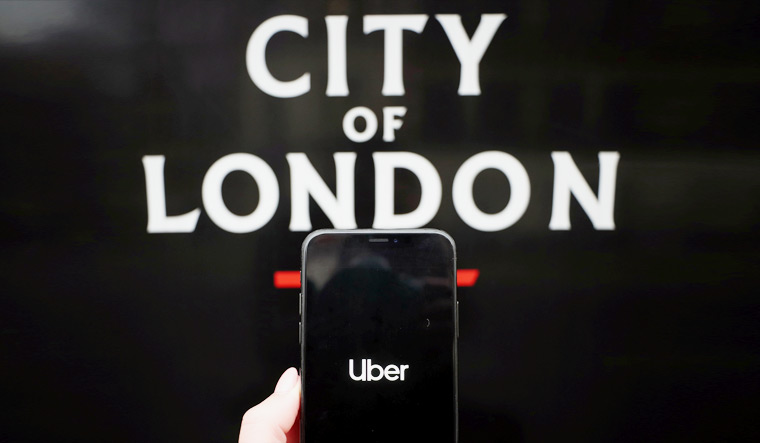 The Uber logo is displayed on a mobile phone in this picture illustration taken November 25, 2019 | Reuters

As Uber re-launches its operations across the world as countries ease their national lockdowns, the ride-hailing cab aggregator has reportedly laid off 3,500 employees via Zoom calls, a Daily Mail report says.

According to a video released by the Mail, Uber’s head of the Pheonix Centre of Excellence Ruffin Chaveleau was tasked with calling 3,500 Uber employees to tell them, “We are eliminating 3,500 frontline customer support roles. Your role is impacted and today will be your last working day with Uber.”

Chaveleua reportedly broke down during the call.

'I know that this is incredibly hard to hear. No one wants to be on a call like this. With everyone remote and a change of this magnitude, we had to do this in a way that allowed us to tell you as quickly as possible so that you did not hear it from the rumour mill," she said.

Zoom, the video conferencing app that has seen a surge of new downloads following the COVID-19 lockdowns around the world, has been a preferred tool for remote work among large corporates. Of late, it has also been put to use in letting employees know whether they have lost their jobs.

As per a regulatory filing on Wednesday, Uber is cutting 3,700 jobs from its global workforce. The lay-offs at Uber would represent about 14 per cent of its workforce. The move comes as its rides business falls by nearly half and the company reports a net loss of $2.9 billion in the first quarter of 2020.

Uber announced it would be taking security measures including making mask-wearing mandatory for all its drivers, who will have to upload a photo of them wearing their masks before going online via the app.

“In the United States, Canada, India and most of Europe and Latin America, drivers who are not wearing a mask or face cover will not be able to go online beginning next Monday, May 18,” the company said in a statement.

On May 4, Uber and Ola resumed services in over 100 cities across India.