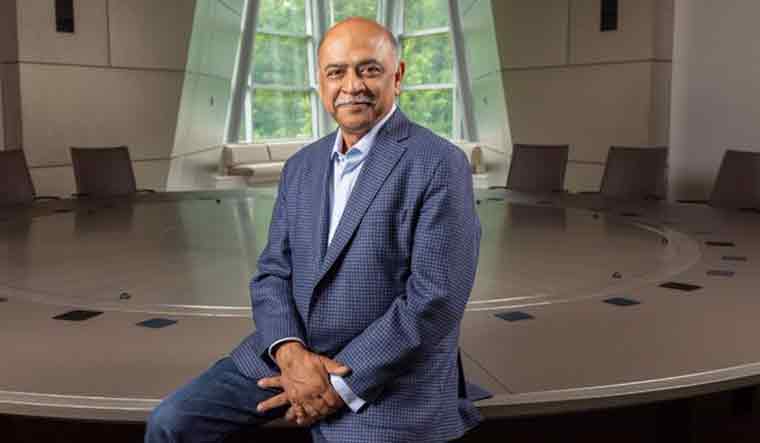 Indian-origin technology executive Arvind Krishna took charge as the new Chief Executive Officer of American IT giant IBM on Monday. Krishna has succeeded Virginia Rometty, who described him as the right CEO for the next era at IBM and well-positioned to lead the company into the cloud and cognitive era.

Rometty, 62, will retire after almost 40 years with the company at the end of the year. The IBM Board of Directors elected Krishna as company CEO and member of the Board of Directors on January 30. Prior to the new role, Krishna was the Senior Vice President for Cloud and Cognitive Software at IBM.

“If there’s one thing that this public health crisis has brought to light it is the ever essential role of IBM in the world. We are the backbone of some of the most critical systems,” Krishna wrote in the first mail as CEO to IBM employees. “Today, more than ever, trust is our license to operate.”

He has also made a slew of leadership changes. Jim Whitehurst, previously the CEO of Red Hat, will become IBM president. Bridget van Kralingen, a dynamic executive who had led IBM’s blockchain efforts, will become senior vice president of global markets, touching IBM’s most important sales relationships around the world. Howard Boville, a longtime finance and telecom executive, will join IBM next month to lead the cloud business.

Krishna, 57, had joined IBM in 1990 and has an undergraduate degree from the Indian Institute of Technology, Kanpur, and a PhD in electrical engineering from the University of Illinois at Urbana-Champaign.

Rometty, who had been IBM's Chairman, President and CEO, will continue as Executive Chairman of the Board and serve through the end of the year, when she will retire. She described Krishna as the right CEO for the next era at IBM who is well-positioned to lead IBM and its clients into the cloud and cognitive era."

Rometty said Krishna is a brilliant technologist who has played a significant role in developing our key technologies such as artificial intelligence, cloud, quantum computing and blockchain. He is also a superb operational leader, able to win today while building the business of tomorrow. She said Krishna has grown IBM's Cloud and Cognitive Software business and led the largest acquisition in the company's history. Krishna was a principal architect of the company's acquisition of Red Hat.

Through his multiple experiences running businesses in IBM, Arvind has built an outstanding track record of bold transformations and proven business results, and is an authentic, values-driven leader.

According to his profile on the IBM website, Krishna is the recipient of distinguished alumni awards from IITK and the University of Illinois, is the co-author of 15 patents, has been the editor of IEEE and ACM journals, and has published extensively in technical conferences and journals.