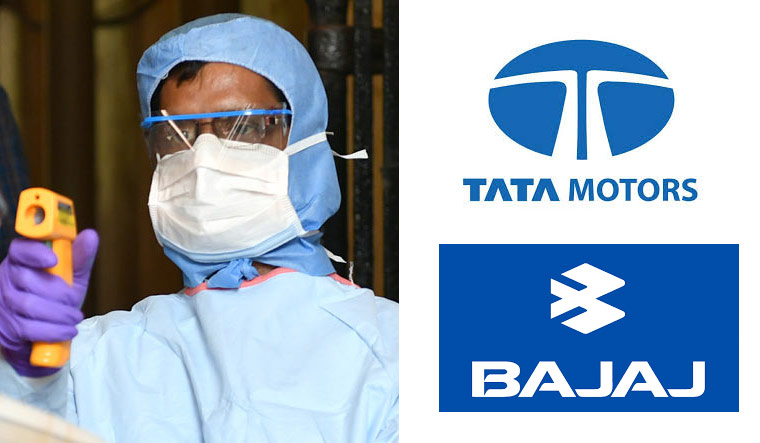 In the wake of the COVID-19 outbreak, Tata Motors has cut down operations at its manufacturing plant in Pune and may shut it down temporarily if the need arises, while two-wheeler maker Bajaj Auto has decided to shut down its corporate office and factory in Chakan, “in line with the local instructions.” Bajaj Auto has become the first automobile company in India to temporarily shut down its plant due to the coronavirus pandemic.

The maker of Pulsar branded motorcycles, Bajaj Auto is headquartered in Pune and banned international travel in February. “By early March, we had curbed all travel and implemented a work-from-home policy,” said Rakesh Sharma, executive director at Bajaj Auto. “Bare minimum manning will be maintained for essential services.”

Maharashtra has the highest number of COVID-19 cases in India, prompting the state government to announce an almost complete lockdown in Mumbai, Nagpur, Pune and neighbouring Pimpri-Chinchwad. Chief Minister Uddhav Thackeray on Friday ordered that all offices, shops and marketplaces, barring essential services will be shut till March 31.

Tata Motors’ Pune facility is located in the Pimpri-Chinchwad industrial belt. Commercial as well as passenger vehicles are manufactured there.

“In the interest of safety of our employees in the state, we have decided to rapidly scale down activities at Pune site to get to skeletal operations by end of Monday, March 23, 2020 and be ready for plant closure by end Tuesday March 24, if the situation warrants,” said Guenter Butschek, MD and CEO of Tata Motors.

He said Pune operations will remain in this mode till March 31, after which things will be reviewed.

Furthermore, the company will continue to closely monitor the situation in other states where it has offices and plants and make “appropriate and proactive decisions” should the need arise, Butschek added.

Tata Motors had already rolled out a “three-tier response plan” based on incidence of infection in cities it operates to safeguard the lives of employees. In addition to a strict protocol being followed at its facilities, a work-from-home policy has also been put into place for all office-based staff.

The novel coronavirus, which first emerged in China, has now rapidly spread across the world, killing thousands, and forcing governments to lockdown cities and even countries, to control the pandemic.

In this backdrop, Tata Motors’ luxury unit Jaguar Land Rover is temporarily suspending production at its UK manufacturing facilities over the course of next week. The company has several manufacturing plants in the United Kingdom, including Solihull, Castle Bromwich and Halewood. It intends to resume production in the week of April 20, subject to review of the circumstances at the time.

“As a responsible business, Jaguar Land Rover is operating in line with advice from the NHS (National Health Service) and Public Health England to minimise the spread of the coronavirus, whilst implementing plans to safeguard its business continuity. The company will work towards an orderly return to production once conditions permit,” JLR said.

The company said its plants in Brazil and India continue operating. The company also has a joint venture in China with Chery Automobile. The JV plant in China reopened in the week of February 24 as life is beginning to get back to normal in that country, it said.

The disruption caused by COVID-19 is not a good news for Tata Motors as well as other automobile manufacturers, given that sales in India were already falling over the past 12-15 months. The industry is also bracing itself for the BS-VI emission norms that will kick in from April 1, 2020.

The Society of Indian Automobile Manufacturers (SIAM) as well as Federation of Automobile Dealers Associations (FADA) have approached the Supreme Court seeking an extension on sale and registration of BS-IV vehicles in the wake of the COVID-19 disruption.

Meanwhile, two-wheeler maker Bajaj Auto, which is also headquartered in Pune and has manufacturing plants in the region, is also taking similar steps to minimise the impact of Covid-19.

“The company’s corporate office and factory at Chakan will be shutdown in line with the local instructions and bare minimum manning will be maintained for essential services,” said Rakesh Sharma, executive director at Bajaj Auto.

The maker of Pulsar branded motorcycles had banned international travel in February and by early March banned all travel and implemented a work-from-policy, he added.