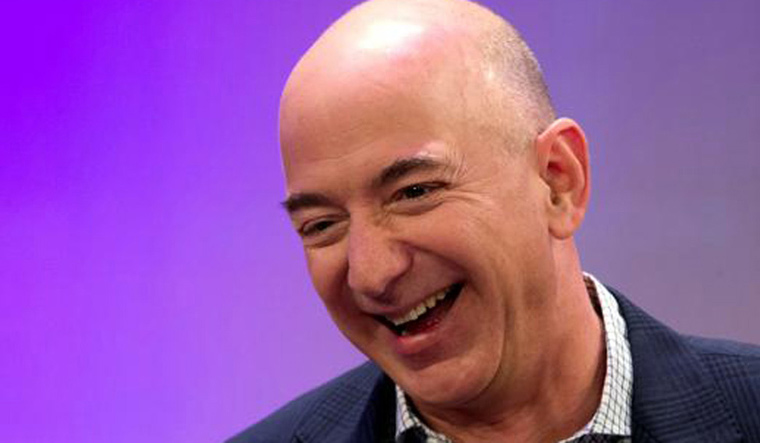 Amazon is all set to take its India business game a step ahead. In an attempt to become an electronics to grocery and food business, the online retailer has begun piloting on-demand food delivery in Bengaluru. Amazon's move is likely to disrupt the more or less consolidated food delivery business, thanks to the duopoly of Zomato and Swiggy, in India.

The much-awaited food delivery offering from Amazon is currently available only for Amazon employees and pilots are under way in HSR, Bellandur, Haralur, Marathahalli and Whitefield areas of Bengaluru. Billionaire Jeff Bezos-led Amazon has entered into a joint partnership, named Prione Business Services, with Infosys founder N.R. Narayana Murthy's Catamaran Ventures to pilot the on-demand food delivery in Bengaluru, reported The Economic Times.

Reportedly, restaurant partners have been offered 10-15 per cent commissions by Prione to sign up for the service. The commissions are about half what Swiggy and Zomato charge its partner restaurants.

Amazon is expected to debut its on-demand food delivery business on the Prime Now app in March. As it plans to take on Swiggy and Zomato, Amazon will greatly benefit from its two-hour delivery supply chain of Amazon Now.

The company had been planning the launch of the on-demand food delivery for some time now.

The food delivery business recently made headlines as Uber withdrew from the business and sold Uber Eats to Zomato for about $180 million in January. Amazon's direct India rival Flipkart has also eyed the food and grocery retail market with an entity named Flipkart Farmermart Pvt Ltd. With a robust delivery and logistics system already in place, Amazon's food foray will pose threat to competitors Swiggy and Zomato.

That said, Amazon will have to step up investments in logistics, restaurant ecosystem and technology and market to scale up food delivery business if plans to pit itself against Zomato and Swiggy. At stake is India’s food delivery market that was worth $4.2 billion as of the end of last year, according to RedSeer.