The company lost 8.5 crore subscribers over 12 months through November 2019 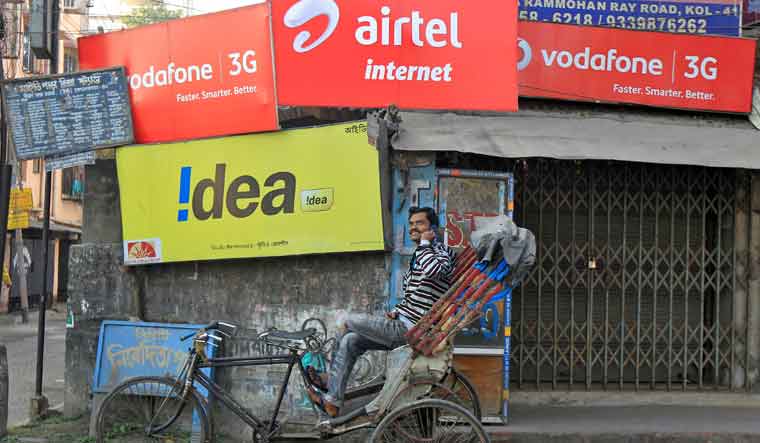 The Supreme Court rap to telecom companies for failing to comply with its earlier verdict and not paying their adjusted gross revenue (AGR) dues despite being mandated to do so, has come as a huge blow for the incumbents—Bharti Airtel and Vodafone Idea.

The companies had approached the Supreme court seeking a revised timeline to pay the dues. But, the court, instead, said it will initiate contempt proceedings as the companies had not deposited any amount despite its judgement in October directing them to do so.

Telecom companies, including Airtel and Vodafone Idea, owe over Rs 1 lakh crore in past AGR dues and must now pay up before the next court hearing.

On Friday evening, Airtel wrote to the department of telecom (DoT) that it would pay Rs 10,000 crore by February 20 and the remaining before March 17. The company in total owes Rs 35,586 crore, including license fees and spectrum usage charge dues.

Airtel said it is in the process of completing the self-assessment exercise, which was a time-consuming process given that it covered 22 circles.

A day earlier, when Vodafone Idea announced its quarterly earnings, it too had said it was undertaking a self-assessment exercise for the computation of liability.

Bharti Airtel has been raising money to strengthen its balance sheet. In January, it raised $3 billion, which included $2 billion via qualified institutional placement and $1 billion via foreign currency convertible bonds.

For Vodafone Idea, raising funds is not going to be an easy task, given its already weak balance sheet. For the quarter ended December 31, Vodafone Idea reported a net loss of Rs 6,438 crore on revenue of Rs 11,380 crore. The stock ended Friday at Rs 3.44, giving it a market cap of Rs 9,885 crore.

"The latter's ability to pay an amount of over Rs 55,000 crore by the stipulated date is uncertain given its current financial flexibility. While Airtel needs to pay Rs 35,500 crore, they have been able to raise funds in the recent past," he said.

"Vodafone Idea has made a total provision of Rs 44,150 crore, till the quarter ended September 30, 2019 for the disputed liability towards AGR. The existing liquidity (about Rs 15,390 crore as on September 30) will be insufficient if there is a payout of license fee liability of Rs 27,610 crore," CRISIL said.

The top brass of Vodafone Idea has said in the past that unless there is some support from the government, it may not be able to survive.

"Material uncertainty exists that casts significant doubt on the company's ability to continue as a going concern and its ability to generate the cash flow that it needs to settle, or refinance it's liabilities, including those relating to the SC AGR judgement and guarantees as they fall due," Vodafone Idea said, post its quarterly earnings announcement on Thursday.

Vodafone Idea had further said that its ability to continue as a going concern will be dependent on a positive outcome of the application for modification of the supplementary order before the Supreme Court and subsequent agreement with department of telecom for the payment in instalments after some moratorium and other reliefs.

Telecom firms raised tariffs by up to 40 per cent in December, and Chowdhury of Acuite expects telecom companies to raise tariffs further by at least 20-25 per cent in the near-to-medium term to support the payment of the large dues.

Higher tariffs will boost earnings before interest, taxes, depreciation and amortisation of telecom firms. But, in Vodafone Idea's case, that benefit could be limited due to the loss of subscriber base.

According to the CRISIL report, the company lost 8.5 crore subscribers over 12 months through November 2019. Its subscriber base declined to 304 million in the third quarter from 311 million in the second quarter, according to Vodafone Idea's statement. Average revenue per user has increased to Rs 109 from Rs 107 in the same period, supported by improved customer mix, it added.

The board of Vodafone Idea is reportedly scheduled to meet on Saturday to take stock of the Supreme Court judgement. What course of action it will take now and whether the government—which had said in the past that it doesn't want any company to close down—offers any additional relief will be closely watched now.

The prospect of the telecom industry shrinking to two private players plus state-owned BSNL can't be ruled out for now.