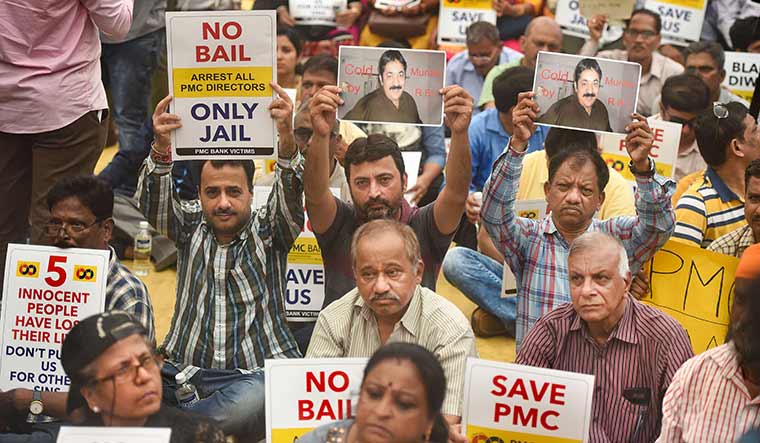 In a huge relief to the customers awaiting recovery of their deposits in the scam-hit PMC Bank, the Bombay High Court on Wednesday has appointed a three-member committee headed by retired high court judge S. Radhakrishnan for speedy disposal and auction of HDIL's assets. The proceeds from the sale will be distributed on priority to the crisis hit PMC Bank depositors.

The committee has been directed to give its progress report before the next hearing on April 30. A division bench of Justices Ranjit More and S.P. Tavade passed the judgment in a PIL seeking public auction of all HDIL assets either mortgaged with the PMC Bank or attached by the Economic Offences Wing (EOW).

In addition, the court also directed HDIL promoters, Rakesh Wadhawan and Sarang Wadhawan, to be shifted from Arthur Road jail to house arrest at their Bandra residence to ensure cooperation with the three-member committee. The duo will be in custody of two guards each until further orders, Bar and Bench reported citing Bombay HC orders.

The PMC Bank has been put under restrictions by the RBI, after a multi-crore scam came to light following which the deposit withdrawal was initially capped at Rs 1,000, causing panic and distress among depositors.

The withdrawal limit was increased gradually to Rs 50,000.

The fraud at PMC Bank came to light in September last year after the Reserve Bank of India discovered that the bank had allegedly created fictitious accounts to hide over Rs 6,700 crore in loans extended to the almost-bankrupt Housing Development and Infrastructure Limited (HDIL).

According to RBI, the PMC bank masked 44 problematic loan accounts, including HDIL loan accounts, by tampering with its core banking system, and the accounts were accessible only to limited staff members.

Mumbai Police's Economic Offences Wing (EOW) and the Enforcement Directorate have registered offences in the case.

The charge sheet includes the forensic audit report of PMC bank and documents of properties purchased by the accused bank officials with kickbacks received by them for giving undue favour to HDIL and the Wadhawans.