$5-trillion GDP by 2025 is simply out of question: Former RBI governor Rangarajan 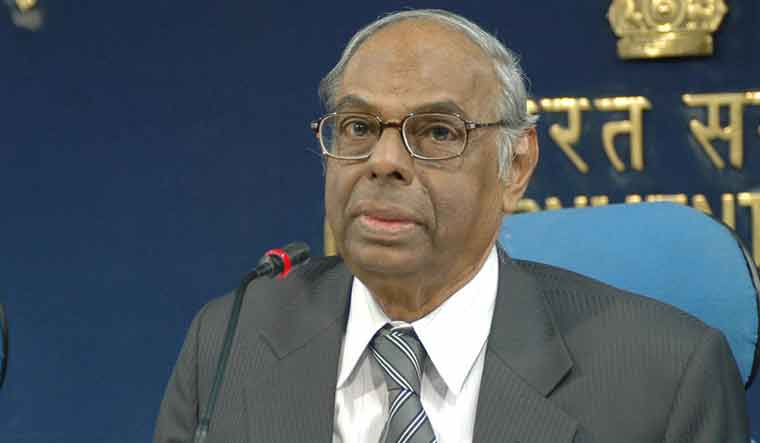 Stating that the economy is in bad shape, former Reserve Bank governor C. Rangarajan has said at the current growth rate, reaching the $5-trillion GDP target by 2025 is "simply out of question".

The Modi government soon after assuming office for the second term has set a target of taking the economy to $5 trillion over the next five years. But since there have been dark clouds gathering all over the economy leading many to question the maintainability of the target.

The economy has been on steady decline with growth rate slowing from 8.2 per cent in FY16 to 6.8 per cent FY19.

While the first quarter growth slipped to a six-year low of 5 per cent, the best forecast for the second quarter is 4.3 per cent now. Even RBI has lowered its growth full year forecast by a full 90 bps in two months to 6.1 per cent in its October policy review.

"Today our economy is about $2.7 trillion and we are talking about doubling this over the next five years at $5 trillion. The required rate of growth to achieve that level is in excess of 9 per cent per annum. Reaching $5 trillion by 2025 is simply out of question," Rangarajan said here on Thursday.

"You have lost two years. This year it is going to be under-6 per cent growth and next year it may be about 7 per cent. Thereafter, the economy may pick up," he said while addressing a function organised by IBS-ICFAI Business School.

He also if at all the GDP becomes a $5-trillion gorilla, our per capita income will grow still $3,600 up from the present $1,800, leaving us still in the low-middle income country bracket. "The definition of a developed country is the one whose per capita income is $12,000. It will take 22 years for us to reach that level provided we grow at 9 per cent per annum," the former central banker said.