A slew of fiscal measures were announced to boost growth 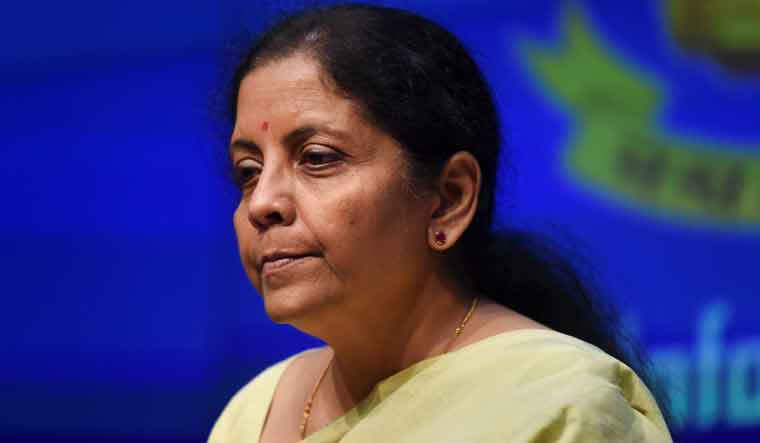 Ahead of the crucial GST Council meeting to be held in Goa to address issues raised by industry stakeholders, Finance Minister Nirmala Sitharaman said there would be a reduction in the corporate tax rate for domestic companies and new domestic manufacturing companies. There will be a provision for domestic companies to maintain a tax rate of 22 per cent without availing any exemptions. After surcharge, the effective tax rate will be at 25.17 per cent. To boost manufacturing, the finance minister said, local companies set up after 2019 will be taxed at 15 per cent. With these measures, which will come into effect from April 1, the government could forego an annual tax revenue of Rs 1.45 lakh crore. Reuters reported that the council could recommend tax cuts on 20-25 products. Stocks traded higher on expectations of possible tax cuts. Sensex zoomed over 900 pts to 37,042.59 on the finance minister's announcements. Nifty rallied 254 pts to 10,959.10.

Clamour for tax cuts to revive business have been met by strident arguments from government officials and analysts that cuts could add to the woes of the economy at a time when there is already a slowdown, with a shortfall in tax revenues and the GDP slumping to five per cent in the latest quarter.

The loudest has been from the beleaguered automobile industry, which is facing its biggest drop in sales in two decades. Its demand is a cut of the GST on cars and bikes from the peak slab of 28 per cent to 18. The industry has also pointed out how it has been suffering all-round de-growth for a year now that has already led to loss of around three lakh jobs. Fears are that this could rise to 10 lakh in the capital and manpower intensive industry if the fall is not arrested soon.

“If we miss the (upcoming) festive season, that’s it!” warned Tata Motors CEO Geunter Butschek recently, as the auto industry believes its best hope is to pass on a tax cut as discounts to consumers during the festive shopping season that starts in a few days. The festive season could be the only way to revive growth, considering that the upcoming BS-VI standards are set to hike up prices further come next year.

However, the Fitment panel, which includes bureaucrats from the state and centre, in their recommendation to the council are reportedly not in favour of such a cut. GST collection from auto industry comes to anywhere up to Rs 60,000 crore and any cut, say from 28 to 18 per cent as demanded, will bring this down drastically. Especially, as GST collections have been dropping in recent months—it dropped below Rs 1 lakh crore last month—something of concern considering the slowdown.

Cement industry, similarly, has asked for a rate cut from 28 per cent, arguing that it will help the construction, and in turn, the real estate segment revive. Similarly, the luxury hotel industry has asked for a cut on the peak rate of 28 per cent being charged on rooms costing more than Rs 7,500 presently, and if that is not feasible, to hike the ceiling to Rs 10,000 or Rs 12,000.

However, the most heated discussion at the council is likely to be over lottery tax rates. There are presently two taxes applied—12 per cent on lotteries by states and 28 per cent on those authorised by state governments, but run by private agencies. The Centre feels this has led to misuse and wants a uniform rate of 28 per cent, but states like Kerala are adamant that it should not be changed. With attorney general K.K. Venugopal stating either way is legally tenable and it is up to the council to take a call and Kerala finance minister Thomas Isaac diffidently calling for a vote before changes are made, it will be interesting to see how this pans out. It is to be noted that all decisions of the GST Council so far has been on mutual consensus considering the sensitivity of the Centre-state equations.