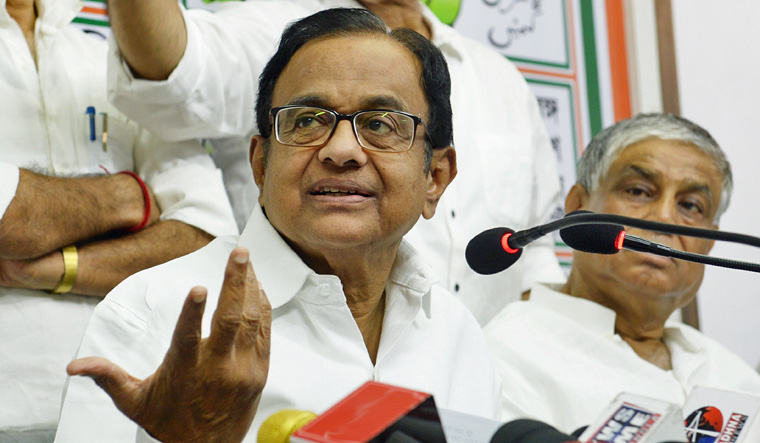 Former Union minister P. Chidambaram, facing arrest in the INX Media case after the Delhi High Court refused to grant him anticipatory bail on Tuesday, has questioned the extremely damning observation made by the lower court that he was the kingpin in the alleged corruption case. Chidambaram is seeking relief from the Supreme Court.

The Special Leave Petition placed before the Supreme Court also argued that it is “manifestly unjust and illegal” to grant bail to Chidambaram when his son Karti, also an accused in the case, and three other persons have been granted either bail or interim protection.

The petition questioned the refusal of bail to the former minister, saying he has not even been remotely associated with anything that has been referred to by Delhi High Court Justice Sunil Gaur in his order passed on Tuesday.

Relief was sought for the senior Congress leader on the ground that the High Court observation that he was the “kingpin” or the key conspirator in the case was completely baseless and supported by no material whatsoever.

It was pointed out in the petition that the Delhi High Court justice ignored the “crucial fact” that Chidambaram simply approved the unanimous recommendation of the Foreign Investment Promotion Board, which was chaired by the secretary, economic affairs and consisted of five other secretaries to the government of India.

The Delhi High Court had said that an offender must be exposed irrespective of his status. It said prima facie there was a case against Chidambaram, and hence, it was not a fit case for grant of pre-arrest bail.

The case pertains to alleged payment of bribe money to secure clearance to INX Media from the FIPB at a time when Chidambaram was finance minister. Chidambaram and Karti are accused of having received bribes from INX Media owners Peter and Indrani Mukherjea for the clearance.

Chidambaram's petition before the Supreme Court urges the court to grant him interim bail in the FIR registered by the Central Bureau of Investigation and a stay on the operationalisation of the Delhi High Court order till it disposes of the matter.