About 203 million people use Snapchat daily on average 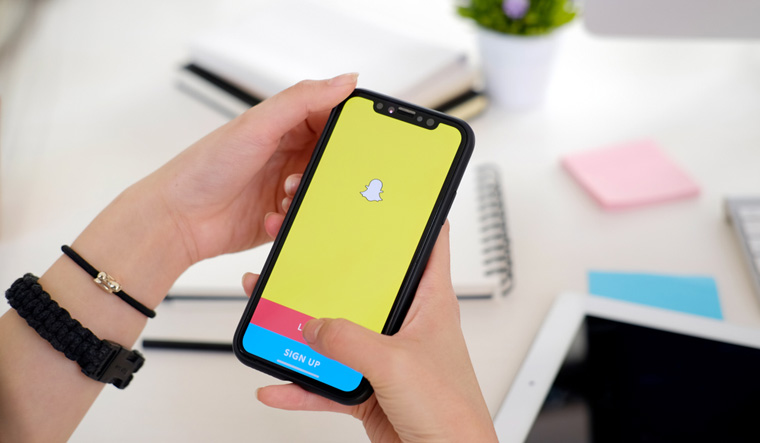 Photo-messaging app Snapchat on Monday said its DAU (daily active users) in India has jumped 40 per cent year-on-year in the June quarter, and the company is setting up its first office in the country to support business growth.

"While we do not break down country-specific userbase, what I can say is Snapchat has seen a 40 per cent DAU increase in India from Q2 2018 to Q2 2019. We are setting up our first office in India in Mumbai in order to support the continued growth of our business in the country," he said.

According to the company, about 203 million people use Snapchat daily on average.

Snap is the parent company of Snapchat. The app allows users to share photos with friends for 24 hours after which the content disappears.

Earlier this year, Snap had announced the appointment of its first employee based in India, Durgesh Kaushik as the Head of Market Development and part of the global team.

The company has also introduced four Indian languages to Snapchat (the app), with plans to launch an additional five languages before end of the year.

"We believe that building a team locally will allow us to create the best possible experience for local Snapchatters. We continue to expand our strategic partnerships with regional media companies add more community content, and work with local content creators," Grusd said.

In July, Snapchat had hosted its first 'Creator Summit' in Mumbai, aimed at engaging with local creator community.

Snap has already worked with a number of brands like Pepsi, OnePlus and Cadbury in India. It had also launched SnapKit partnerships with JioSaavn and Gaana.com that helps Snapchat users to share and post music content on the photo app.

Grusd said unlike other social media outlets, Snap's focus is on providing a medium for communication between a close group of friends.

"We are private by design... the ephemerality (of content) kind of extends that whole philosophy around making it private by design. It's a place for real friends where they can share their moments without any social pressure," he explained.