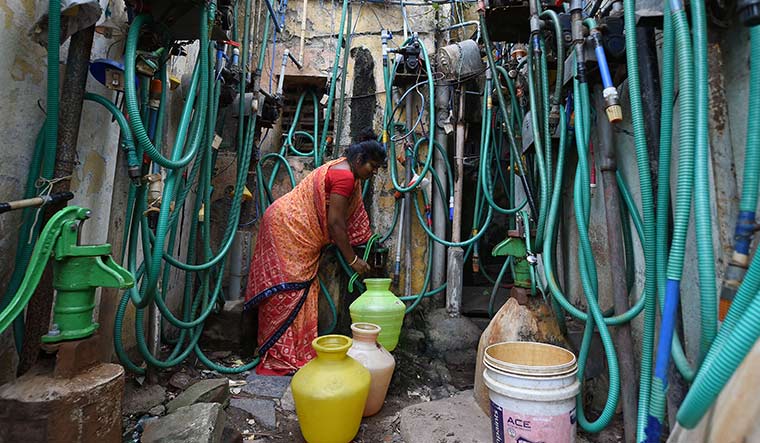 The Niti Aayog is working on a proposal to set up a string of floating desalination plants in marine waters along the country's over 7,500-km coastline, with a view to tide over the water crisis being faced in major urban centres of India.

Sagarmala aims to modernise ports in the country, so that port-led development can be augmented and coastlines can be developed to contribute growth. "Recently, Chennai faced acute water crisis. Why can't we put some desalination plants in India's vast coastline and its marine waters and supply it to population centres through a network of pipelines," the official said.

According to the Niti Aayog's report on the Composite Water Management Index released last year, 600 million Indians face high-to-extreme water stress and about two lakh people die every year due to inadequate access to safe water. It, however, added that the crisis is only going to get worse.

It had also predicted that 21 Indian cities, especially Bengaluru, Chennai, Delhi and Hyderabad, would run out of water by 2020. The report had predicted that by 2030, the country's water demand is projected to be twice the available supply, implying severe water scarcity for hundreds of millions of people.