Sitharaman taxes the rich to save the poor, environment in maiden budget 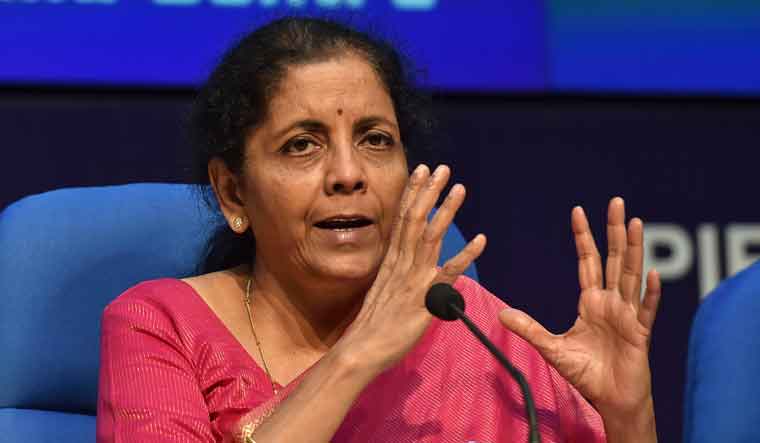 Even before Nirmal Sitharaman stood up to present her budget speech, a debate was already on about the government adhering to its fiscal math and being 'honest' on numbers. The debate continues after India's first full-time finance minister presented a budget that is inclined towards the urban and rural poor, and taxing to the rich and the environmentally unconscious.

Despite record spend announced in this year's budget, Sithraman closed her budget speech on Friday stating that the government had met a fiscal deficit target of 3.4 per cent in the past year, and announced the target at 3.3 per cent for the current year. The interim budget, presented earlier in February by her cabinet colleague Piyush Goyal, had also pegged the fiscal deficit at 3.4 per cent.

In the budget papers, the government has estimated its gross tax revenue to grow 9.5 per cent in the current financial year to Rs 24.6 lakh crore. In the last fiscal, the government had a net tax shortfall of Rs 1.7 lakh crore, figures of the Controller General of Accounts showed.

This year, the government's revenue shortfall is more likely to be arrested with a new Re 1 per litre central cess levied on petrol and diesel sales. Surcharge on higher income group earning over Rs 5 crore and above Rs 10 crore will now be subjected to a surcharge of 3 per cent and 7 per cent, respectively.

There could be a windfall for the government regarding this now. "For someone earning more than Rs 1 crore, the effective tax rate is 35.88 per cent. The FM said that this effective rate would go up by 3 per cent in this category and can go up to 7 per cent for Rs 2 crore to Rs 5 crore and incomes higher than that. This could lead to substantial gains which the government may not have expected," said Homi Mistry, partner, Deloitte India.

Most tax experts had opined that the budget would not hold any tax breaks for taxpayers; however, the additional surcharge on higher income came as a surprise to many. "We had not expected this," said Aashna Doshia, economist with IHS Markit, an investment brokerage firm operating in India.

The industry, however, is upbeat that the lowering of corporate tax rates for companies with turnover of up to Rs 400 crore to 25 per cent would benefit both the big and the small. "The expectation is that even smaller units of larger companies would be able to avail the lower tax rate," said Sunil Kapadia, partner and leader, business tax services, EY India.

The government's steps on taxing fuels were welcomed by tax experts, who opined that Sitharaman may have hit another goldmine there. "These new environment-friendly tax measures are definitely a plus for the government and the environment," said Pratik Jain, partner and leader, Indirect tax, PwC India. Jain said the reduction in customs duties on a number of items used as an input or as capital goods for manufacturing would provide a boost to domestic manufacturing.

However, some experts opined that this could lead to inflationary pressures. "An increase in petroleum product levy will increase the cost of living and would have an inflationary effect in both rural and urban India," said Siraj Chaudhry, senior adviser and former chairman, Cargill India.

A higher package of Rs 70,000 crore for PSU banks sent cheers across the NPA-laden public sector bank stocks, many of which like SBI and Punjab National Bank, rose by as much as five per cent on Friday after the budget announcements. "This would enhance lending and help in gross capital formation. We are looking forward to banks to pass on this credit to small manufacturers, startups and entrepreneurs who need credit," said Sitharaman addressing a press conference after the budget presentation.

"We are focused on the recovery of viable NBFCs; this and a new rental policy would give a push to the housing sector which is facing some NPAs," she added. Credit under the MUDRA scheme was also allowed to small traders and shopkeepers with a turnover of up to Rs 1.5 crore in this budget. The move, trade bodies said, will push credit demand in the country. "It would help shopkeepers and small traders address working capital requirements if banks start to offer some loans," the Confederation of Indian Traders said in a statement.

The finance minister said that the infra push announced in the budget would soon be felt as housing projects shape up across rural and urban India. "The 26 lakh new homes under Pradhan Mantri Aawas Yojana would also create employment," she said. In her maiden budget, Sitharaman sanctioned Rs 4.83 lakh crore spend towards the PMAY scheme in this budget.

The government on Friday announced that it has plans to invest Rs 100 lakh crore in infrastructure investment over the next five years. Around Rs 25 lakh crore from this is earmarked for improvement of agriculture-related and rural infrastructure. As suggested by THE WEEK in an earlier story, the finance minister has allowed a Rs 50,000 crore-hike this year in the PM-KISAN Samman Nidhi scheme which provides Rs 6,000 per year pension to farmers, as a more detailed assessment of beneficiaries under the scheme is underway by the CBDT.

In another swift reformist move, Sitharaman has emerged as the angel for startups facing stress on account of angel tax notices sent from the department of income tax. "Valuation of startups would be beyond any IT scrutiny," Sitharaman said in her budget speech. She also allowed exemption from IT scrutiny to angel tax issues faced by many startups. She said that differences of opinion in respect of valuation and share premium would remain unquestioned by tax authorities.

"Eradication of angel tax has assured that the funds raised by startups would not come under the scrutiny of tax department. The fact that special measures would also be taken by the tax department in matters of pending scrutiny by the IT department against startups is the most encouraging news this budget," said Abhishek Bansal, CEO and co-founder, Shadowfax.

Finally, the government also sought to be taxing on cash transactions. The government levied a two per cent TDS on cash withdrawals above Rs 1 crore for business transactions. Fintech service providers said this would now offer another big push towards digital payment solutions. Sitharaman said small businesses would also be exempt from MDRs (1.5 per cent levied on all card transactions) and other digital transaction charges levied by banks.

The budget also raised hopes for the government to increase its borrowing programme globally. "The government's intent to raise a greater part of its borrowing requirements internationally will have a positive effect on government bond yields and have a benign impact on interest rates. It will also reduce the crowding-out effect of government borrowing, making more capital available for private investments," said Chandrajit Banerjee, director general, CII after the budget presentation.

This, however, may lead to higher risks on government borrowings, some foreign banks warned. "Inclusion of retail investors in the purchase of government T-Bills and securities is a great move. Overall, we feel that deal activity will gather pace after budget," said Sonal Verma, MD and Chief Economist, Nomura Japan.

One can only hope that the announced measures can reverse an ongoing slowdown in the economy and improve individual income and savings rate in the country. Much will depend now on implementation of these budget promises and the progress of the southwest monsoon over the next few months.