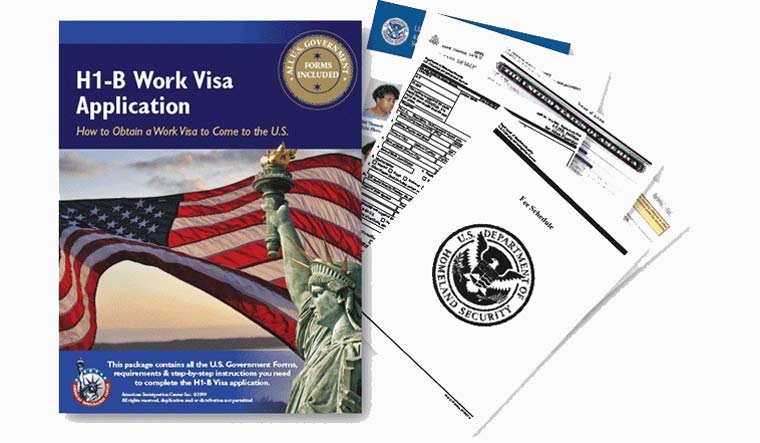 The US government has informed India that it is considering capping H-1B visas to countries that force foreign firms to store data locally, Reuters reported on Wednesday night.

The proposal is expected to further worsen economic ties between Washington and New Delhi, which have been affected by a recent row over trade tariffs. The news also comes days ahead of a visit by US Secretary of State Mike Pompeo to New Delhi on June 24. Pompeo will be the first senior US official to visit India after the Narendra Modi dispensation returned to power after elections.

The H-1B visa programme allows companies to bring skilled personnel from overseas to work in their facilities in the US under an yearly quota. Approximately 85,000 H-1B visas are granted each year, on which there is no country-specific limit; as many as 70 per cent of these visas are issued to Indians.

The Reuters report claimed two "senior" Indian government officials were briefed a week ago about the US plan to cap the number of H-1B visas issued to Indians "at between 10 per cent and 15 per cent" of the annual quota.

The Indian officials who were briefed on the proposal about H-1B visas claimed the move was prompted by the push from certain countries to demand “data localisation”, which required foreign firms to store data locally. US companies have protested against the data localisation moves. In 2018, the Trump administration expressed reservations about requirements placed on companies such as Mastercard and Visa to store data locally. In 2018, India asked foreign firms to store payment data only in India.

At a key speech at a US-India Business Council event last week, Pompeo had batted for the free flow of data. He claimed the Trump administration would push for free flow of data, “not just to help US companies, but also to secure consumers' privacy”.

A “Washington-based industry source” quoted by Reuters claimed the restriction on H-1B visas was not “solely targeted” at India, but at any country that does data localisation. India, China, Indonesia and Vietnam have all implemented restrictions on the flow of data in recent years. He also added the move was being “discussed internally” by the US government.

The move to restrict H-1B visas is expected to affect India's IT sector the most. IT sector companies, which are currently valued at $150 billion, rely heavily on H-1B visas to depute engineers and developers to 'onsite' locations of clients in the US. Major US tech companies based in Silicon Valley also hire personnel using H-1B visas.