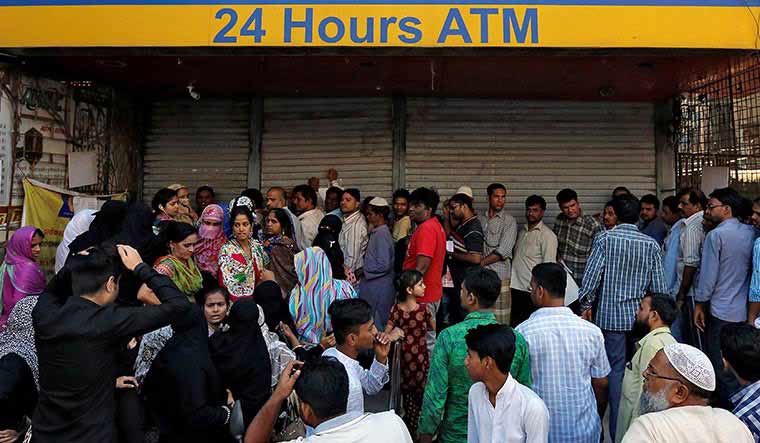 In April 2011, when activist Anna Hazare started his anti-corruption fast in Delhi, no one had imagined what changes it would bring about in the country’s polity. The Hazare agitation, televised live by the TV news channels, caught the country's attention. In the run-up to the 2014 elections, corruption had become a main issue. The people were looking for a change. The BJP's prime ministerial candidate, Narendra Modi, offered the hope of rooting out corruption.

Now, five years later, Modi has tried to bind all his anti-corruption measures into a singular and catchy theme of being a chowkidar. Though, as a counter to Rahul Gandhi's chowkidar chor hai slogan coined for the Rafale deal corruption allegations, the BJP's main bhi chowkidar campaign has brought the focus back on the issue of corruption during these elections. During his campaign speeches, Modi is reminding the people of his taint-free regime and efforts to root out corruption.

Modi had started his tenure on a positive note. Realising that the burden of expectations weighed heavy on the BJP-led government, the Union cabinet in its first meeting decided to set up a SIT to unearth black money. Since then, the NDA government carried out various steps to root out corruption and tackle the menace of black money. The jury is still out on whether corruption has been minimised through all the initiatives in the last five years.

The most controversial of all decisions of the Modi government has been demonetisation. Despite the government's claims, the move to weed out black money from the system had limited success. The government and the BJP had countered this by saying more income tax was collected and even the number of taxpayers had jumped manifold.

The Modi government's other legislative reforms like strengthening double taxation avoidance agreements, the PMLA and Benami Property Act to combat corruption were overshadowed by the escape of Vijay Mallya, Nirav Modi and Mehul Choksi. The Modi government since then has been working to get back these “fugitives” as the opposition parties, particularly the Congress, had mounted attacks on the BJP.

Prime Minister Narendra Modi pushed for another reform to stop the pilferage or misuse of government subsidies by transferring them through the direct benefit transfer route. Linking of Aadhaar cards with PAN and auction of coal blocks and other resources were highlighted as steps towards curbing corruption.

As the 2014 campaign was also marked by promises to bring to book all the big fish and political leaders accused of corruption, the investigations and legal action only picked up towards the end of Modi's tenure. The investigation agencies sharpened the focus on P. Chidambaram, his son Karti Chidambaram and Robert Vadra under various cases of financial irregularities. IT raids are being conducted against some of the opposition leaders including aides of Madhya Pradesh Chief Minister Kamal Nath. The Congress had hit back at the raids, saying these were due to political vendetta and with an eye on elections.

The big promise to put the corrupt behind bars still has not been realised. This has been reflected in BJP’s latest publicity campaign. “In five years, Modi brought the corrupt to the doors of jail. He needs another five to put them behind bars,” said the latest message running in radios.