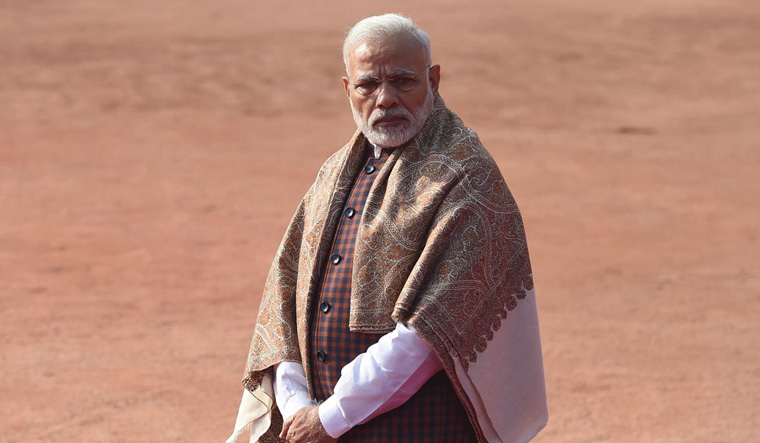 Till a week ago, the Prime Minister Narendra Modi-led NDA government had to bear the taunts from opposition parties for letting diamantaire Nirav Modi run away. The escape appeared to counterbalance any moral advantage Modi government had over the taint-ridden UPA government. The social media too had erupted with derision over the government's inaction in dealing corruption cases.

With just a few days ahead of the parliament session, where a recharged opposition would try to corner the ruling party, the government moved swiftly, taking three steps, to change the narrative.

Firstly, the arrest of former Finance Minister P. Chidambaram's son Karti Chidambaram on charges of corruption has turned focus away from the PNB scandal. Even if former UPA minister was not arrested, his son's arrest would build pressure upon the Congress party.

Secondly, the Union cabinet on Wednesday approved the draft Fugitive Economic Offenders Bill, 2018, to tighten the noose around economic offenders, particularly those with total value involved in offences of Rs 100 crore or more.

The Bill would help in laying down measures to deter economic offenders from evading the process of Indian law by remaining outside the jurisdiction of Indian courts.

The bill is aimed at showcasing NDA government's seriousness in bringing back offenders like Nirav Modi, and Vijay Mallya.

Complementing this bill is the setting up of National Financial Reporting Authority which will supervise the auditors. “The need for establishing NFRA has arisen on account of the need felt across various jurisdictions in the world, in the wake of accounting scams. It will establish independent regulators, independent from those it regulates, for enforcement of auditing standards and ensuring the quality of audits to strengthen the independence of audit firms, quality of audits,” the finance ministry officials said.

Thirdly, after a prod by the Supreme Court, Modi government has started the process of selection of anti-corruption ombudsman, the Lokpal. Congress leader Mallikarjun Kharge boycotted the first meeting saying it was a sham. Modi, along with Chief Justice of India, Lok Sabha Speaker held meeting at the PMO on Thursday. As a first step, an eminent jurist will be picked up who would be part of the selection process. Then names of Lokpal will be vetted. Though the entire process is expected to take some time, the initiation of the whole process will help in answering Anna Hazare, who is expected to start an indefinite fast in New Delhi from March 23, seeking action from the government on the Lokpal Bill.

Modi government has made its moves. Now, a lot will depend on the Congress party and other opposition parties on how they may corner the government on the issue of corruption. Till now, the Modi government has been taint free when it comes to scams by any of its consituents.

With the 2019 general elections round the corner, a lot will depend upon who controls the narrative. As the election results of three North Eastern states will be declared on March 3, it will only help the winning side for scripting a fresh political strategy for rest of the year, especially for the upcoming elections in Karnataka, Madhya Pradesh, Rajasthan and Chattisgarh.