Minimum income scheme can be a game changer in removing poverty: Experts 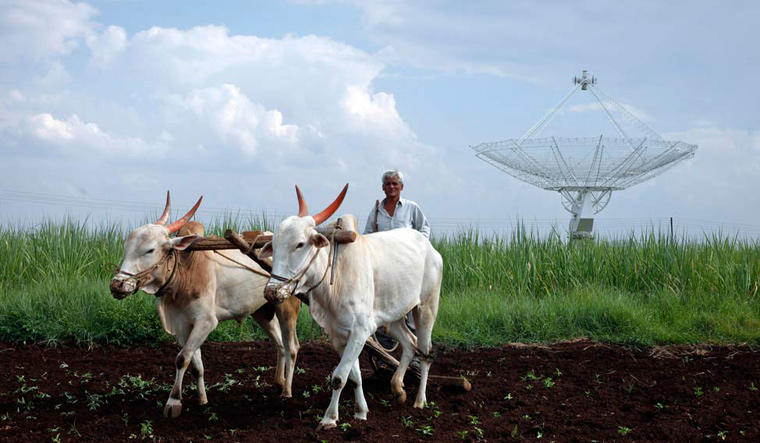 Congress President Rahul Gandhi's electoral promise of a minimum income guarantee scheme is not a silver bullet, but if implemented, it can be a game changer in eliminating poverty in India, co-director of the World Inequality Lab at the Paris School of Economics Lucas Chancel said on Wednesday.

Welcoming the proposal to increase living standards at the bottom of the income scale, he said, if voted to power, the Congress can impose a 2 per cent annual wealth tax on the top 0.1 per cent super-rich (owning more than Rs 2.5 crore) to fund the scheme.

"Given the extreme rise of inequality in India over the past 3 decades, it is welcome that a party comes up with proposals to increase living standards at the bottom of the income scale.

"... minimum income guarantee is not a silver bullet, but can be a game changer," the eminent economist told PTI.

Asked to comment on on the fiscal implication of proposed income guarantee scheme on the India's GDP, Chancel said that given the poor quality of Indian inequality data, the estimation of the cost of such a measure is not straightforward.

On Monday, Gandhi had announced in New Delhi that Rs 72,000 per year will be given as minimum income to poor families, benefiting around 25 crore people, if his party is voted to power in Lok Sabha polls, asserting that it would be the final assault on poverty.

Gandhi had said 20 per cent or five crore families belonging to the poorest category with monthly income less than Rs 12,000 would come under the scheme.

Gandhi had also said his party had consulted "big economists" including former RBI Governor Raghuram Rajan before it came up with the idea of minimum guaranteed income to the poorest 20 per cent households in the country.

On funding of the proposed pre-poll scheme, Chancel said that the progressive taxes are proven tools to tackle extreme inequality at the top of the income scale, while providing funding for redistribution.

"From an international perspective, India is an under-taxed country and there is a lot that can be done to increase existing income tax compliance as well as to introduce new taxes on the wealthiest (i.e. taxes that would have absolutely no impact on the vast majority of the population).

"A 2 per cent annual wealth tax on the top 0.1 per cent (owning more than Rs 2.5 crore) would generate about 1.1 per cent of GDP in revenues for instance, most of the population (that is 99.9 per cent of the population) would not be concerned by this tax at all," Chancel who is also a senior research fellow at the Institute for Sustainable Development and International Relations said.

Observing that the top 1 per cent income share rose from just 6 per cent in 1980 to 21 per cent today, turning India into one of the most unequal countries in the world, he said "unequal growth means that the bottom groups do not get as much as they could and that poverty is not reduced as fast as it could. "

Chancel, however, stressed that a minimum income cannot be done at the expense of other social expenditures.

"Public expenditure on health and education which have been falling if we compare the previous government with this one. A minimum income guarantee cannot come at the expense of these,..,but must be increased if India wants to catch up with other emerging and rich countries," he noted.

Massachusetts Institute of Technology professor Abhijit Banerjee said that the Congress party's minimum guarantee income scheme will cost up to 1 per cent of GDP, which is right now outside the scope of the budget.

"But our budget is out of whack even without it. The main message is that we need major tax reform. We are under-taxed given our ambitions as a nation," Banerjee said.

Eminent French Economist Guy Sorman said that an income guarantee in cash is unanimously considered by economists as the most efficient way to alleviate poverty.

Sorman, however, noted that the allocation must be compatible with the global national budget.

Former vice chairman of Niti Aayog Arvind Panagariya, however, noted that the bigger problem is that this scheme derives from what he has called 'kamadhenu economics'.

"It (scheme) assumes that the economy will keep giving whatever amount of government revenue it is asked for. Unfortunately, the economy is not kamadhenu.

"The programme requires Rs 3.6 lakh crore per year, which is 13 per cent of the total budgeted central government expenditure in 2019-20. Which expenditure will the Congress cut to free up this gigantic amount? We simply do not have those details," Panagariya pointed out.