Explained: What is IL&FS crisis and how bad it is? 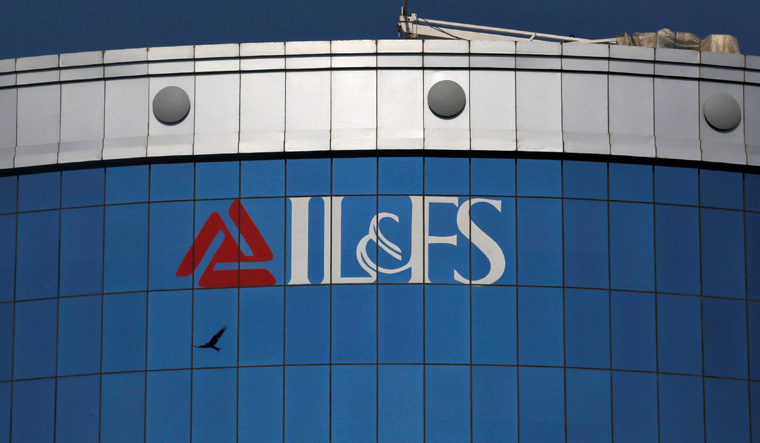 India’s financial markets have been reeling under high selling pressure in recent days, triggering concerns about risks in the country’s shadow banking sector. The crisis has shaved off Rs 8.48 lakh crore ($116.33 billion) in investor wealth in the last ten days and at the eye of the storm is the Mumbai-based Infrastructure Leasing & Financial Services (IL&FS).

The three-decade-old infrastructure lending giant, IL&FS, is a 'shadow bank' or a non-banking financial company that provides services similar to traditional commercial banks.

Other key shareholders are the Japan’s Orix Corp, holding 23 per cent, and Abu Dhabi Investment Authority with 12.56 per cent.

READ MORE | Govt to take all measures to ensure liquidity in NBFCs: Jaitley

What is the crisis?

To put it simple, IL&FS defaulted on a few payments and failed to service its commercial papers (CP) on due date—which means the company has run out of cash or it is facing a liquidity crunch.

The company piled up too much debt to be paid back in the short-term while revenues from its assets are skewed towards the longer term.

IL&FS first shocked markets when it postponed a $350 million bonds issuance in March due to demand for a higher yield from investors.

The recent slowdown in infrastructure projects and disputes over contracts locking about Rs 90 billion of payments due from the government have further worsened the condition.

IL&FS Financial Services disclosed on September 6 that the commercial papers (CP), which were due on August 28, could not be paid on due date and were settled in full on August 31.

IL&FS Financial Services has about $500 million in repayments which are due in the second half of this financial year while it has only about $27 million available.

According to a Reuters report, by the middle of September, IL&FS and IL&FS Financial Services had a combined Rs 270 billion of debt rated as junk by CARE Ratings and a further six group companies had suffered downgrades with a negative outlook on another Rs 120 billion of borrowings.

What are the effects?

The company's default spells trouble for its investors, which include banks, insurance companies, and mutual funds. Investors and traders have been worried over the cascading effects of IL&FS’s defaults.

IL&FS sits atop a web of 169 subsidiaries, associates, and joint-venture companies, which makes the default even more worrisome.

IL&FS has revealed a series of delays and defaults on its debt obligations and inter-corporate deposits.

On Friday, IL&FS said it was unable to service its obligation towards a letter of credit to IDBI Bank Ltd.

This has raised concerns about the possibility of a contagion or spillover, with further defaults hitting mutual funds with exposure to IL&FS and its group companies.

However, Life Insurance Corporation (LIC), which has the largest shareholding in IL&FS, said that it would not allow the debt-ridden IL&FS to collapse and would explore options to revive it.

Meanwhile, IL&FS has moved the National Company Law Tribunal (NCLT) in Mumbai on Tuesday seeking relief in relation to filing of a scheme of arrangement under Section 230 of the Companies Act, as it looks to protect itself from any potential bankruptcy proceedings.